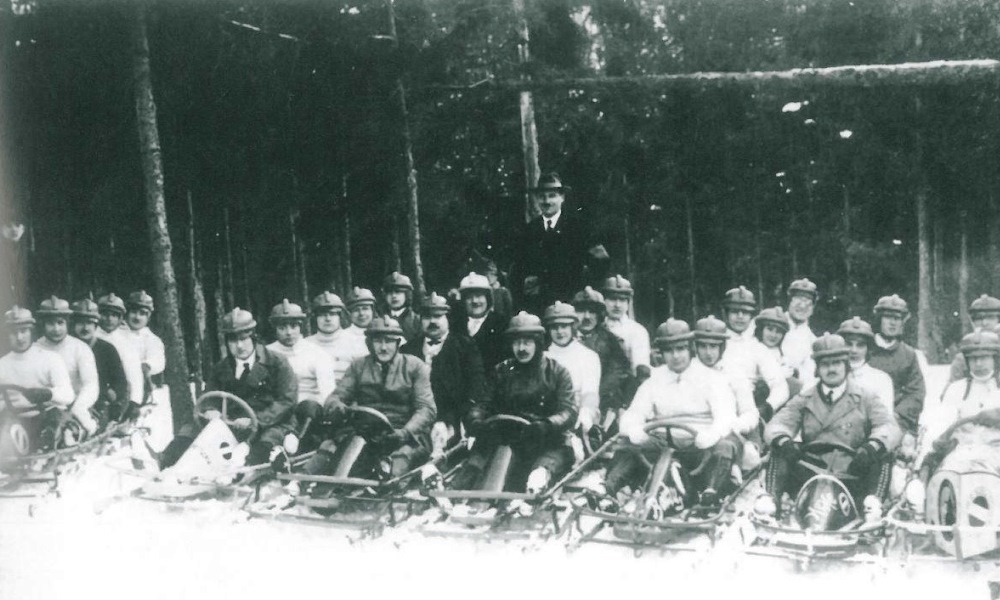 The International Bobsleigh & Skeleton Federation (IBSF), originally Fédération Internationale de Bobsleigh et de Tobogganing (FIBT) was founded on November 23, 1923 by the delegates of Great Britain, France and Switzerland, and the representatives of Canada and the United States, meeting at an International Congress in Paris, France. The name change from FIBT to IBSF has been announced at the Federation's Congress in Ghent/Belgium in June 2015. The IBSF headquarter is in Lausanne, Switzerland.

Bobsleigh as an organized and active sport thrived from before the turn of the century. However, it was the advent of the 1924 Winter Games and the acceptance of Bobsleigh as an Olympic sport that prompted the formation of a federation.

On November 23, 1923 the French Count, the Comte Renaud de la Frégeolière, signed the document fulfilling the International Olympic Committee’s mandate. Renaud de la Frégeolière was elected President and would remain in that office for 37 years.The task of founding an international bobsleigh federation was given to Franz Reichel, a sportsman of merit and editor of the French newspaper “Le Figaro.” The other delegates included Major B.M. Patton Great Britain), Allan Muhr (USA), and Pierre Golay (Switzerland). Currently, the IBSF has 74 member federations.

Throughout the early years, bobsleigh tracks sprung up all over Europe and North America. These tracks suffered various fates, some succumbing to the Second World War, and others falling victim to commercial and residential expansion. Artificial ice tracks gave consistency to the sport in the 1960’s and now all tracks are refrigerated, with the exception of St. Moritz, Switzerland.

In 2010 IBSF President Ivo Ferriani announced his full support of the Para-sport initiative and formed the IBSF Para-sport Committee. In May 2014 the IBSF was officially granted the status of IPC Recognised International Federation for Para-Bobsleigh and Para-Skeleton with according rights and privileges.

2-man bobsleigh competitions for men and women and men’s and women’s skeleton competitions were also on the program of the first edition of Youth Olympic Winter Games, held in Innsbruck in 2012. At the Youth Olympic Games in 2016 the IBSF introduced the „Monobob“ as a new discipline.

For the Olympic Winter Games in Beijing 2022 the Womens´Monobob will be a new discipline.

As a mainstay of the Olympic Winter Games, bobsleigh tracks are now constructed every four years at new Olympic sites. There are 15 tracks used for IBSF competitions in 10 countries.