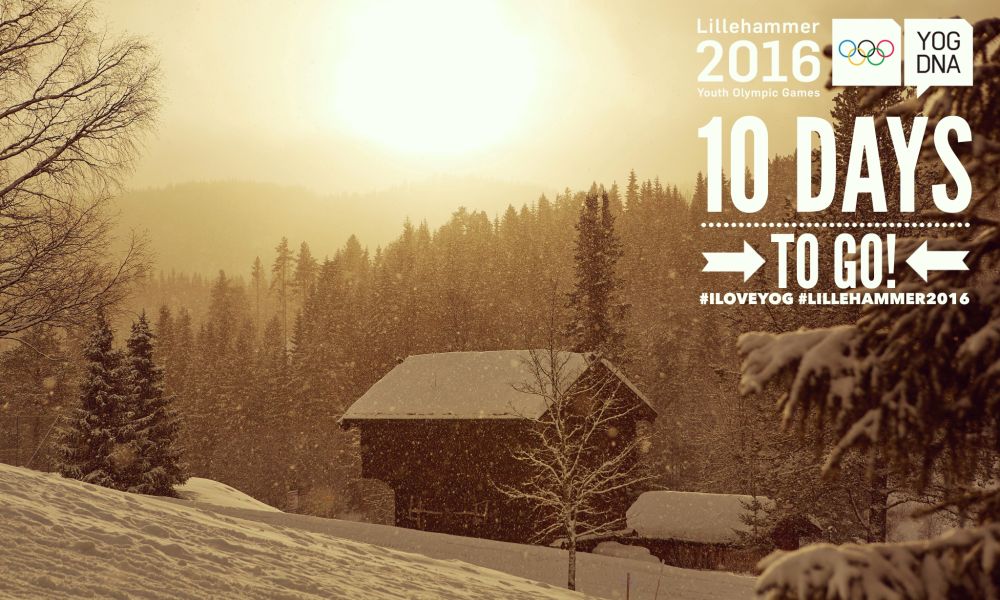 In ten days, the 2016 Youth Olympic Winter Games kick off in Lillehammer

Lillehammer (RWH) In ten days, on February 12, 2016, the second edition of Youth Olympic Winter Games (YOG) kick off in Lillehammer in Norway.
Until February 21, over 1,000 athletes between the ages of 14 and 18 from 71 nations, competing in 70 disciplines from 15 sports, will gather in the site of the 1994 Winter Olympics, offering them a unique place to compete at the highest level while learning new skills, cultures and experiences as part of the “learn and share” programme.
New in the Olympic schedule then is the Monobob. For the first time in Olympic history, the bobsleigh athletes do not compete as a team oft wo or four, but push, pilot and brake the sled on their own. The sleds are identical and distributed to the teams by random draw. Following the sled allocation, four individual runners will be selected by the athletes using the sled to make a set. The chosen runners will be used with the allocated sled for the duration of the event, but after the first of two runs, the leading athlete trades the sled with the one on rank 15, the athlete ranked second trades with rank 14 etc. to guarantee equivalent opportunities regarding equipment.
The YOG competitions in bobsleigh and skeleton will take place on the Olympic track of 1994 close to the city. With OMEGA IBSF Youth Qualification Series, 15 female and 15 male athletes from 16 nations (AUT, BRA, CAN, CRO, ESP, GBR, GER, JAM, KOR, LIE, NOR, ROU, RUS, SUI, SVK, USA) in Monobob and 20 girls and 20 boys from 18 countries (AUT, BRA, CAN, FRA, GBR, GER, JPN, KOR, LAT, NED, NOR, ROU, RUS, SUI, SWE, TPE, UKR, USA) in the sport of skeleton, respectively, qualified for the Youth Olympic competitions.