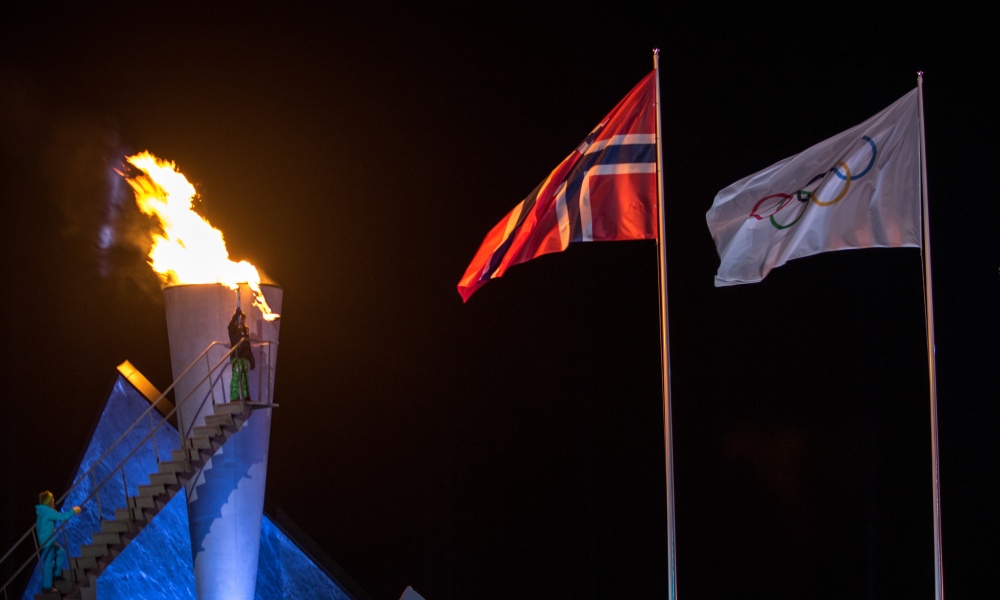 Lillehammer (RWH) The Opening Ceremony of Lillehammer 2016 got the second edition of the Winter Youth Olympic Games off to a spectacular start at the Lysgårdsbakkene Ski Jumping Arena, the same venue that hosted the Opening Ceremony of the Olympic Winter Games in Lillehammer in 1994. In a nod to Lillehammer’s Olympic past, as well as to the youth and the future, the YOG cauldron was lit by HRH Princess Ingrid Alexandra of Norway. Exactly 22 years ago to the day, the 12-year-old Princess’s father, HRH Crown Prince Haakon, lit the same cauldron in 1994 to kick off Lillehammer’s first Olympic Games.
International Olympic Committee (IOC) President Thomas Bach addressed to the athletes taking part in Lillehammer 2016 directly, saying: “These Games will be about your love for sport. They will also be about learning and sharing and about making new friends. This is what the Youth Olympic Games are all about: bringing young athletes together from all around the world to enjoy competition and friendship.”
The Opening Ceremony, which was directed by 34-year-old Sigrid Strøm Reibo, marks the start of 10 competition days for the 1,100 young athletes from 71 National Olympic Committees taking part in Lillehammer 2016. (source: IOC)