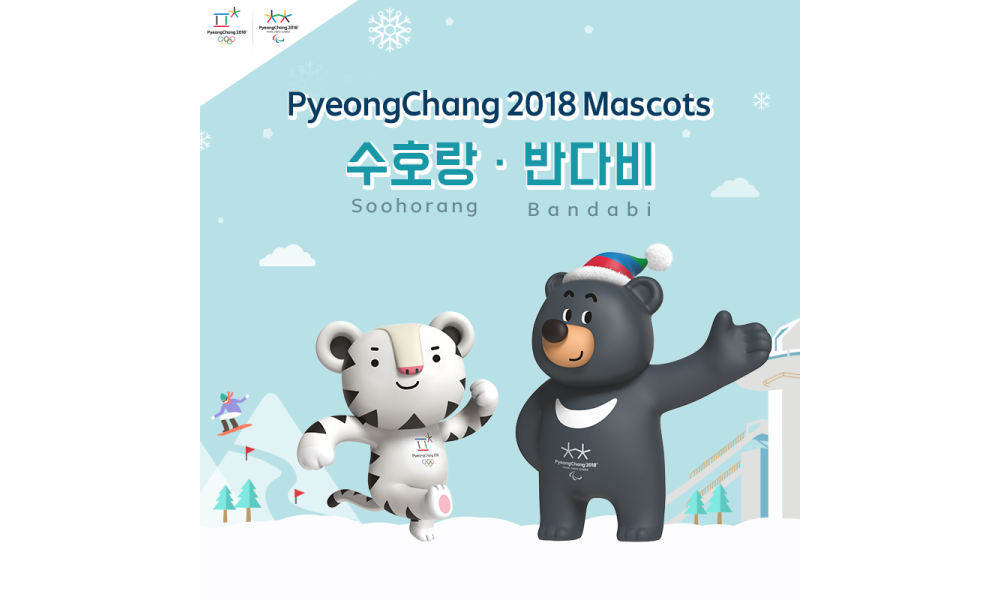 Soohorang the white tiger is the 2018 Olympic mascot

Seoul (RWH) A white tiger by the name of Soohorang has been chosen as the mascot for the 2018 Winter Olympic Games in PyeongChang, Korea. The decision was announced by the organisers in the capital, Seoul. The name is derived from the Korean words for protection and tiger.
“It’s a beautiful animal, strongly associated with Korean culture,” explained Gunilla Lindberg, Chair of the IOC Coordination Commission of the International Olympic Committee (IOC). “It also symbolises the close link between the Olympic Winter Games and the natural environment.”
An Asian black bear named Bandabi was unveiled as the mascot for the Paralympic Winter Games.