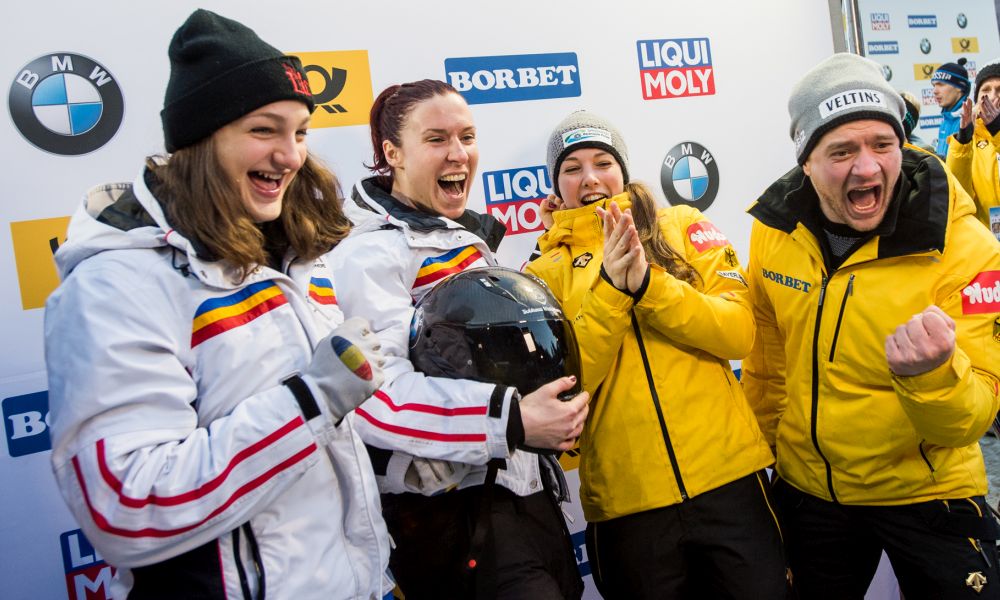 Gold and silver in team competition go to hosts Germany

Königssee (RWH): A world first has taken place at the 2017 BMW IBSF Bobsleigh + Skeleton World Championships: In the team event, a medal has been awarded to an international team of athletes from different countries for the first time ever in the sport’s history. Competing as the team “INT 3”, Alexander Gassner (GER) for the men’s skeleton, Maria Constantin/Andreea Grecu (ROU) for the two-woman bobsleigh, Anna Fernstädt (GER) for the women’s skeleton and Junior World Champion Richard Oelsner and his brakeman Marc Rademacher (GER) for the two-man bobsleigh won the bronze medal at the event in Königssee. They finished 0.85 seconds behind the new World Champion team: Axel Jungk, Mariama Jamanka/Franziska Bertels, Jacqueline Lölling and Johannes Lochner/Christian Rasp competing as GER 1 won the 2017 team gold ahead of Christopher Grotheer, Stephanie Schneider/Lisa Marie Buckwitz, Tina Hermann and Johannes Lochner/Philip Wobeto (GER 2, 0.60 seconds back).

The team competition is made up of a two-woman bobsleigh team, a two-man bobsleigh team and two skeleton athletes (one male, one female). The times from each run are added up, and the victory goes to the team with the best overall time. ©RWH2017 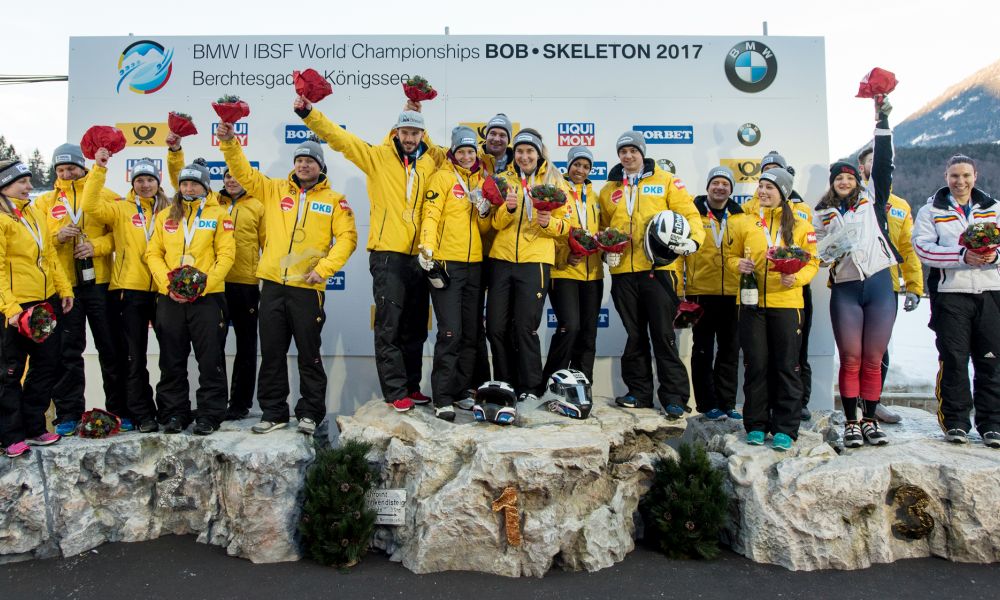