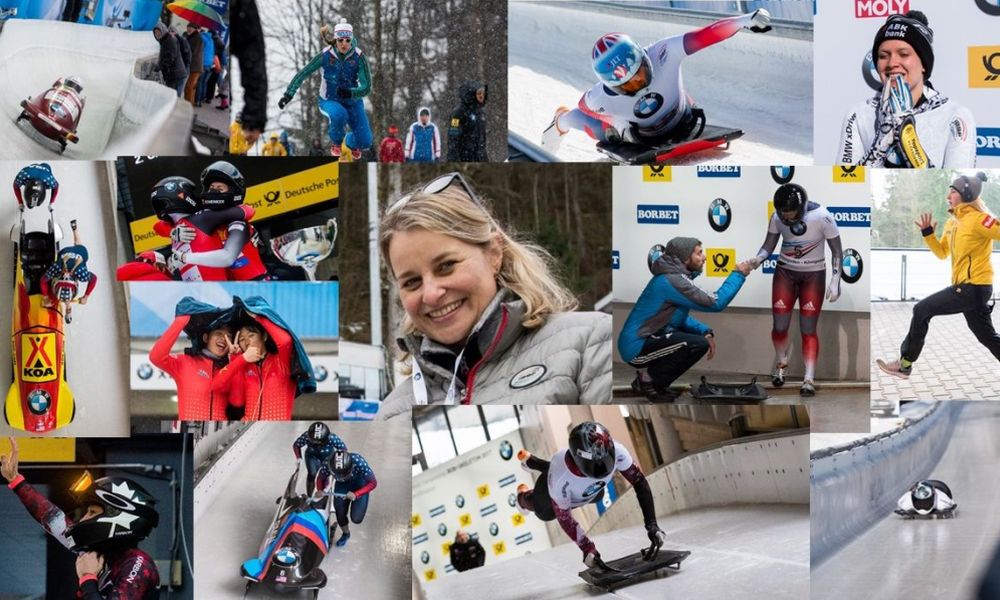 History of women in bobsleigh and skeleton
Women were part of the sport from the beginning:
- Women – if as part of a men’s team or as all-female teams took part in the first official bobsleigh races from about 1885 on to the 1920s.
- At the same time, about 1887, the Cresta Run was born with athletes racing headfirst – the roots of skeleton sports and with own competitions for women then.
- After being excluded from racing since 1923, women were officially permitted again with own disciplines by the FIBT in the 1990s.
- Women's bobsleigh competition began in the USA in 1983 with demonstration races in Lake Placid, one held during the World Cup races in March 1983.
- The first World Championships in women’s bobsleigh and women’s skeleton were held in 2000 in Winterberg (GER) and Igls (AUT).
- Women's bobsleigh and women’s skeleton made their Olympic debut at the 2002 Winter Olympic Games in Salt Lake City (USA)

It's only a man’s sport? Not at all...!
As the 2016/2017 season comes to an end, the IBSF ranking shows a percentage of 70 in female athlete compared to men participating in Skeleton, whereas women's bobsleigh reaches 60% compared to 2-man bobsleigh – but still: The journey is the goal!

Since 5 years IBSF on operational level is headed by a woman: Heike Größwang, first female IBSF Secretary General
IBSF is proud to have a female Secretary General since 2012 – which is still an exception in international sports leadership. Heike Größwang holds a Master degree in Business Administration and started her career as CEO of a marketing agency. She first joined the federation as Marketing Coordinator and then quickly became Executive Director before she was selected as General Secretary at the IBSF Congress 2012.