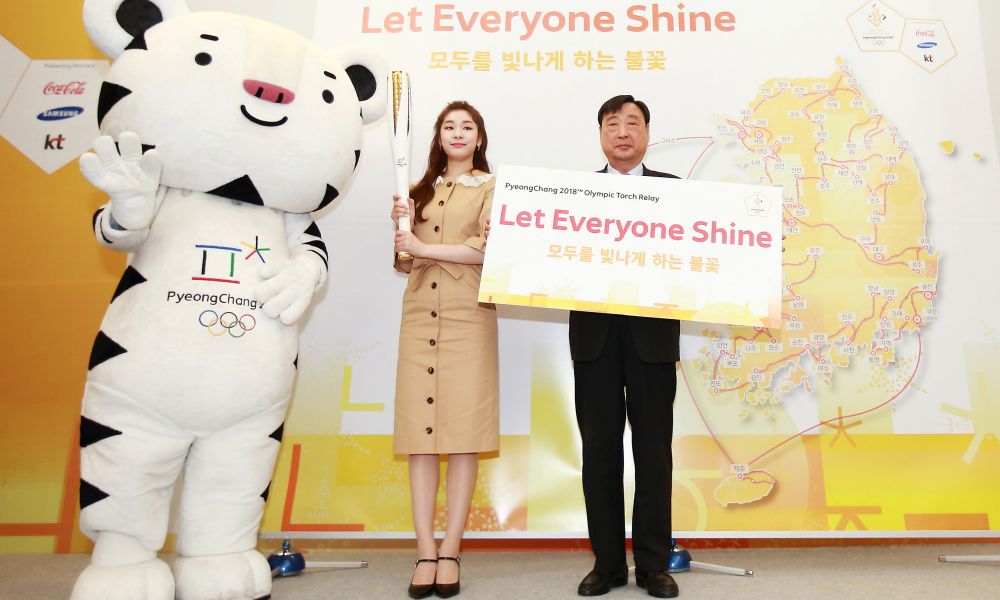 PyeongChang (RWH) With the slogan -‘Let Everyone Shine’ the torch relay for the 2018 Olympic Winter Games in PyeongChang (KOR) will start on November 1, 2017 in Korea, after the flame is lit in ancient Olympia in Greece on October 24.

As the PyeongChang 2018 Olympic Organizing Committee for the 2018 Olympic and Paralympic Winter Games (POCOG) announced, the torch will travel over 101 days and 2,018 km to 17 metropolitan cities and provinces nationwide. It then highlights Korea’s leading IT technologies, traditional culture, and most spectacular sites to the world. There will be a total of 7,500 torchbearers; the final who will light the Olympic cauldron will only be revealed on February 9, the day of the opening ceremony for the Olympic Winter Games PyeongChang 2018.