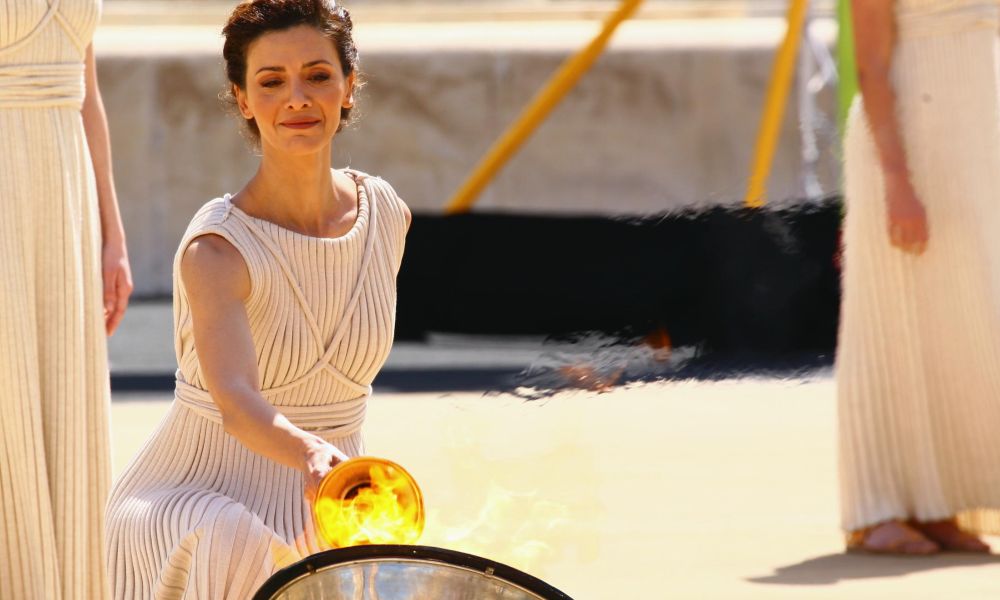 Olympia (RWH) The lighting ceremony for the Olympic flame on 24 October will signal the start of the countdown towards the next edition of the Games. 108 days ahead of the PyeongChang 2018 Opening Ceremony, the lightning will take place in Olympia, home of the ancient Games in Greece, as was announced on olympic.org.
As is the tradition, a torch will be lit at the ancient temple of Hera by the rays of the sun using a parabolic mirror. The lighting ceremony will start at 12 noon local time and can be watched live on the International Bobsleigh & Skeleton Federations website (www.ibsf.org) or via olympic.org. Following the lightning, the torch will take a tour of Greece until the handover of the flame to the PyeongChang 2018 Organising Committee at the Panathenaic Stadium in Athens on 31 October.
On 1 November, the flame will arrive 8,500km east in the Korean city of Incheon, marking 100 days to go to the start of the PyeongChang Olympic Winter Games. A total of 7,500 torchbearers will then carry the flame through nine regions and eight major cities of Korea until the Olympic fire is lit on 9 February 2018. ©RWH2017

Photo: IOC: Olympic Flame lighting Ceremony in Olympia (GRE), 2014 - Katerina LEHOU, in the role of the high priestess, lighting the Olympic torch with the help of the parabolic mirror at Hera's temple.