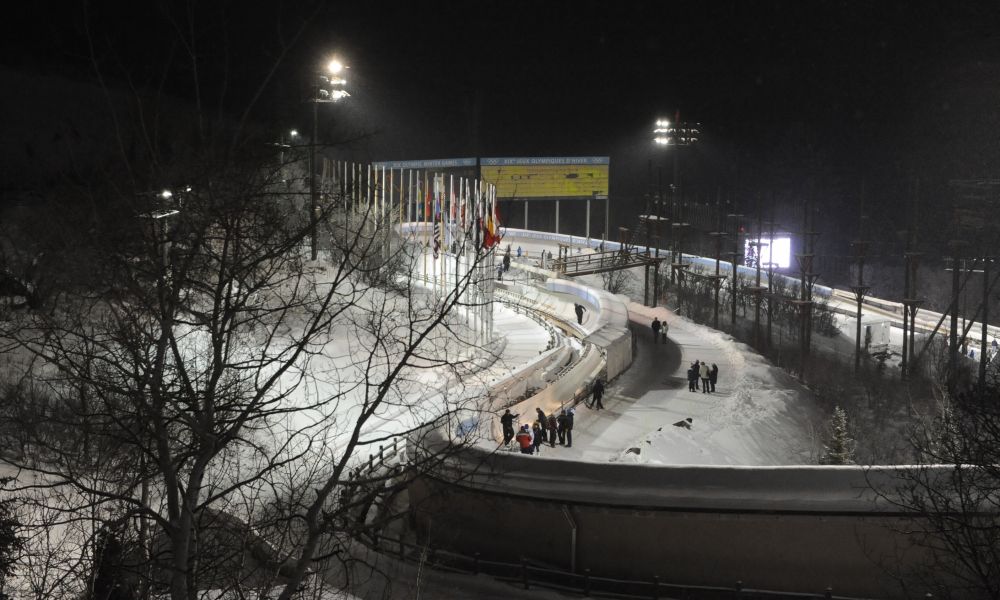 Amy Williams named as torchbearer and Team GB ambassador for PyeongChang
London/PyeongChang (RWH): Skeleton Olympic champion Amy Williams of Team GB was one of the first of the 7,500 torchbearers who have been carrying the Olympic torch on its journey to PyeongChang since 1 November. According to a report on teamgb.org, the 35-year-old will also be an ambassador to the British Olympic team at the Winter Games.
To commemorate her Olympic torch run, Amy Williams – gold medallist at the Vancouver Olympics in 2010 – published a selection of photos on her Twitter account, showcasing the torch and her torchbearer’s uniform bearing the number 004
At the Olympic Winter Games in PyeongChang (KOR, 9 to 25 February 2018), Amy Williams will support, motivate and inspire the British team in her role as an ambassador. The former athlete also took on this role when she accompanied the Olympic team to Sochi in 2014 – where she led the celebrations when her successor Lizzy Yarnold (GBR) won Olympic gold. ©RWH2017

Nico Walther demonstrates true sportsmanship in memory of Steven Holcomb
Lake Placid (RWH): The first 2-man bobsleigh race at the BMW IBSF World Cup in Lake Placid also gave pilot Nico Walther of Germany his first ever World Cup win in the 2-man event. Amongst all the celebrations of their success, the athletes also mourned for their US colleague Steven Holcomb. “I would prefer to take second place if Steven could still be here among us all,” said Nico Walther in an interview with the IBSF after the race, speaking about the popular and respected bobsleigh pilot. Steven Holcomb died unexpectedly in May at the age of 37. ©RWH2017

The schedule for Park City

Nathan Crumpton and Anne O’Shea start the season in the ICC
Park City (RWH): The US skeleton athletes Nathan Crumpton and Anne O’Shea are starting their Olympic season with the IBSF Intercontinental Cup. Crumpton, eighth in the 2016 World Championships and eleventh in the overall World Cup standings last season, sustained a back injury during a warmup session shortly before the selection race for the US team. As the 32-year-old explained on his Facebook page, his performance therefore wasn’t enough to secure him one of the three starting places for the BMW IBSF World Cup. Anne O’Shea was fifth in the World Championships in 2016, fourth in the overall standings for the World Cup, and took her first ever World Cup win in Lake Placid in January 2016. The pair were the top two US athletes in this winter’s first two ICC races in the Canadian venue of Whistler. Anne O’Shea finished fourth and seventh in the women’s skeleton while Nathan Crumpton finished ninth and eleventh in the men’s event. ©RWH2017

New book tells the story of bobsleigh builder Bo-Dyn
Lake Placid (RWH): A new book published in the run-up to the BMW IBSF World Cup in Lake Placid tells the story of US bobsleigh builder Bo-Dyn. The author Mike Brewster sheds lights on the origins and successes of the company founded by Geoff Bodine. The former NASCAR pilot and Daytona 500 winner from 1986 founded Bo-Dyn after the 1992 Winter Games in Albertville, where the US pilots failed to get anywhere close to the medal positions in their European sleds. In response to the results, Geoff Bodine got together with Bob Cuneo, who he had already worked with to develop chassis for racing cars. The most famous Bo-Dyn sled, the 4-man model known as “Night Train”, gave the USA its first World Championship win in 50 years when Steven Holcomb/Steve Mesler/Justin Olsen/Curt Tomasevicz won in Lake Placid in 2009. One year later, the same squad won the USA’s first Olympic gold in 62 years at the Winter Games in Vancouver. To find out more about the book, see bodynbobsled.com. ©RWH2017

On the sidelines
Kyle Tress (USA) received an emotional send-off from his long-standing team mates following his last trip down the track. The 36-year-old skeleton athlete has brought his career to an end after 16 years but stood on the starting line one last time at the US team’s selection race. A video on the USA Bobsled & Skeleton Facebook page shows team members Matt Antoine and John Daly carrying a skeleton sled to the starting line in Lake Placid for their fellow Olympic competitor from Sochi. To huge applause from the other athletes, Kyle Tress, visibly moved, prepares for his last ever skeleton run. “We have been doing this crazy sport together our entire adult lives,” wrote Kyle Tress in a comment on the Facebook video. “To have Matt and John by my side as I took my last run was perfect.” Kyle Tress stays involved in the sport: The experienced athlete is now coach for the Japanese skeleton team. During BMW IBSF World Cup in Lake Placid, he supported Nozomi Komuro and Takako Oguchi in Women’s and Hiroatsu Takahashi in Men’s Skeleton.©RWH2017

Bror van der Zijde (NED) is back with his home team in time for the Olympic season. In recent years, the Dutch athlete has been racing with the Swiss bobsleigh pilot Rico Peter, with whom he finished third in the 4-man bobsleigh in the 2016 overall World Cup and won bronze in the World Championships. In the winter of 2016/2017, Rico Peter’s 4-man bobsleigh team, including Bror van der Zijde, secured second place in the overall BMW IBSF World Cup and second place at the Olympic trials in PyeongChang. At the Winter Olympics themselves, however, the Dutch athlete would not be able to start with the Swiss team according to the IOC’s rules. Bror van der Zijde is now attempting to qualify for PyeongChang in 2018 with the Dutch bobsleigh pilot Ivo de Bruin. At the BMW IBSF World Cup in Lake Placid (USA), the team finished 20th and 23rd in the 2-man bobsleigh. ©RWH2017 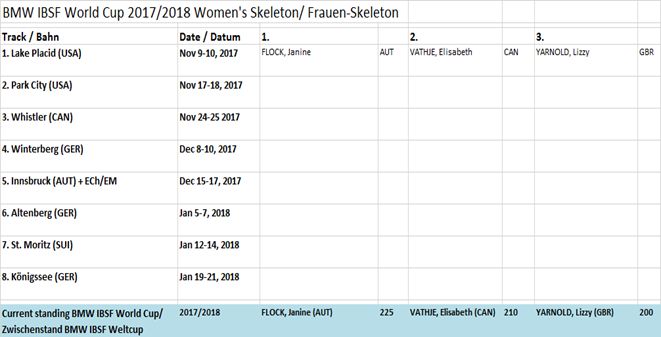 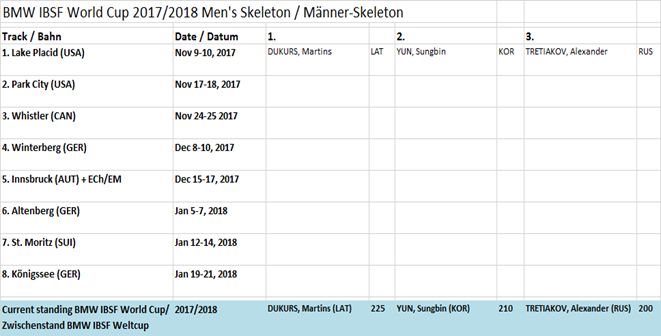 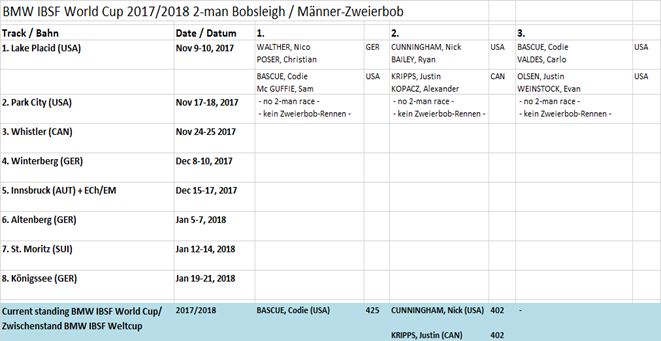 The full results and overall standings are available on ibsf.org!

Background information on the BMW IBSF World Cup, the bobsleigh pilots and skeleton athletes is available in our latest media guides at http://www.ibsf.org/en/media-contacts.

In-depth information about Utah Olympic Park in Park City is available at http://www.ibsf.org/en/tracks/track/12/Park%20City.