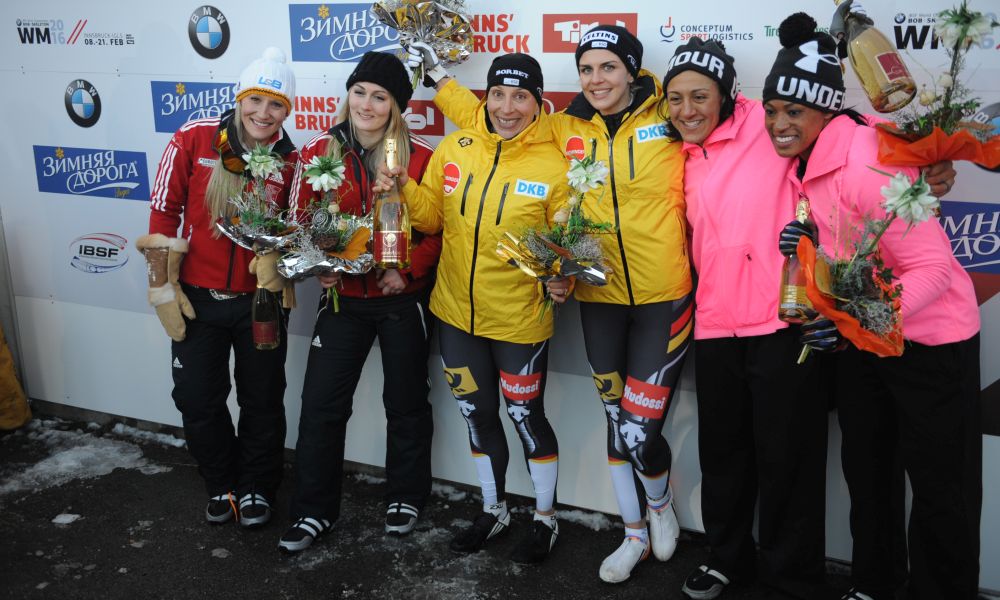 Anja Schneiderheinze (GER, 2015 and 2016 European Champion, second in 2015 World Championships)
“World Champion! It’s amazing, we’re really the best in the world in our sport at the moment. Sometimes the timing is just perfect.”

Kaillie Humphries (CAN, 2010 and 2014 Olympic Champion, 2012 and 2013 World Champion)
“The start definitely made the difference. We have some work to do, but I’m happy with our performance and with the silver medal.”

Elana Meyers Taylor (USA, 2014 Olympic silver medallist, 2015 World Champion, overall winner of 2014/2015 World Cup)
“To have a medal after this season – we’re super happy. Anja was hard to compete against.”