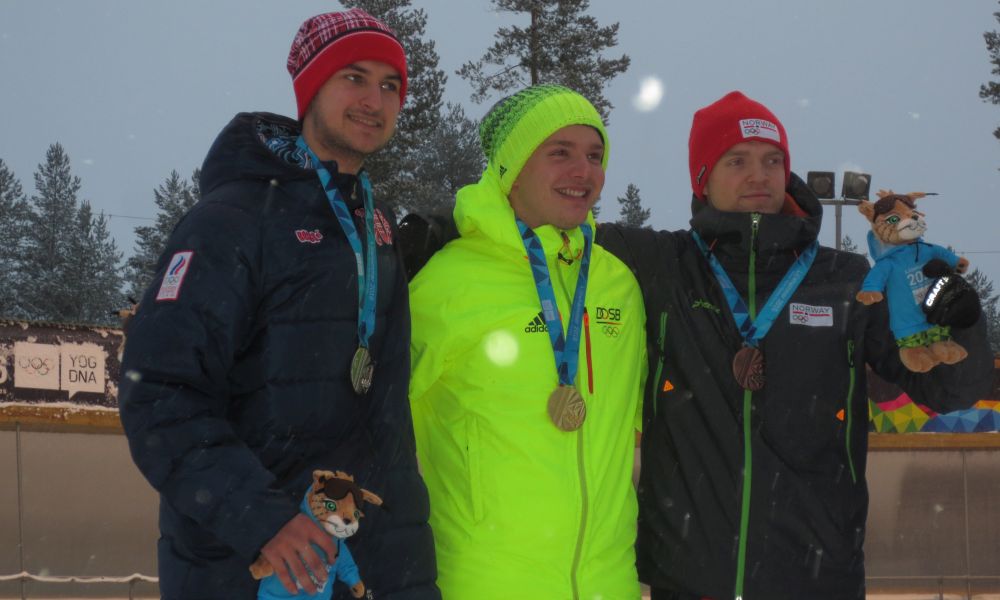 Lillehammer (RWH) 15 young athlets of 15 different Nations raced at the men’s Monobob event of the 2016 Youth Olympic Winter Games, which brings the events at Lillehammer Olympic Sliding Centre to an end. The medals went to Germany, Russia and Norway.
The gold medal of the monobob race went to German slider Jonas Jannusch, who had two podium placing during the OMEGA IBSF Qualification Series and who was a former luge athlet. Maksim Ivanov (RUS), leading after the first heat, won silver and the bronze medal went to local hero Kristian Olsen, the only bobsleigh pilot from host country Norway.

Halftime in the IBSF Europe Cup Bobsleigh: Grecu, Tentea and Jannusch in the lead
8 Dec 2019