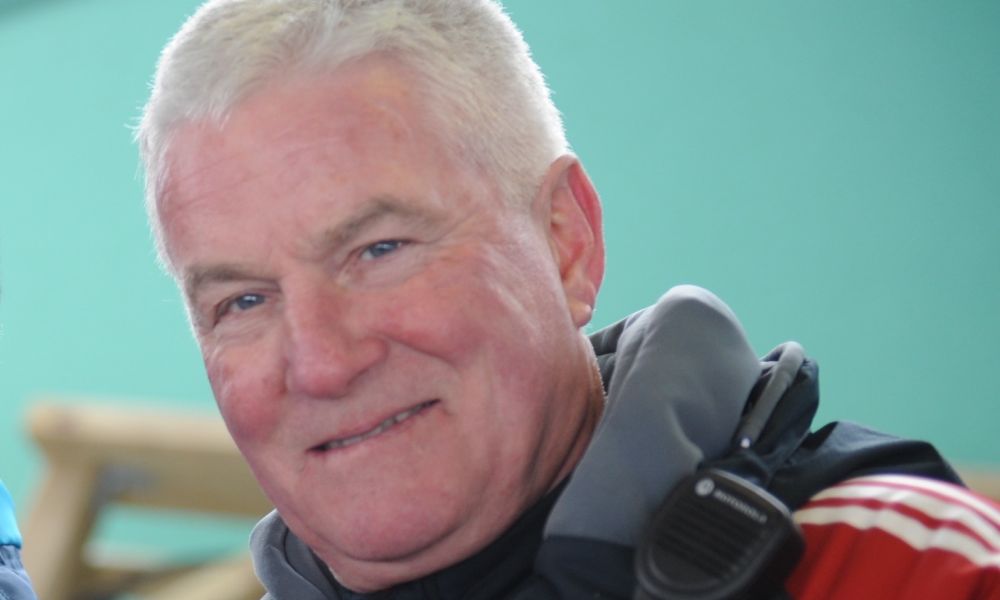 Calgary (RWH) Tom De La Hunty is no longer coach of the Canadian bobsleigh athletes. The Briton, who turns 60 in July, announced on his Facebook site on April 30 that this was his last day working for the federation Bobsleigh Canada Skeleton, as his contrat expired.
Tom De La Hunty was bobsleigh pilot for Great Britain and competed in two Olympic Winter Games, finishing 12th in the two man event in Calgary 1988. As coach he worked with the Dutch team before going to Canada in summer 2010. With him, bobsleigh pilot Kaillie Humphries won her second Olympic Gold in 2014, two World Championships titles (2012 and 2013) and three overall victories in World Cup (2013, 2014 and 2016). Pilot Lyndon Rush won the 2013 Overall World Cup and silver at the 2012 World Championships in two man bob. ©RWH2016