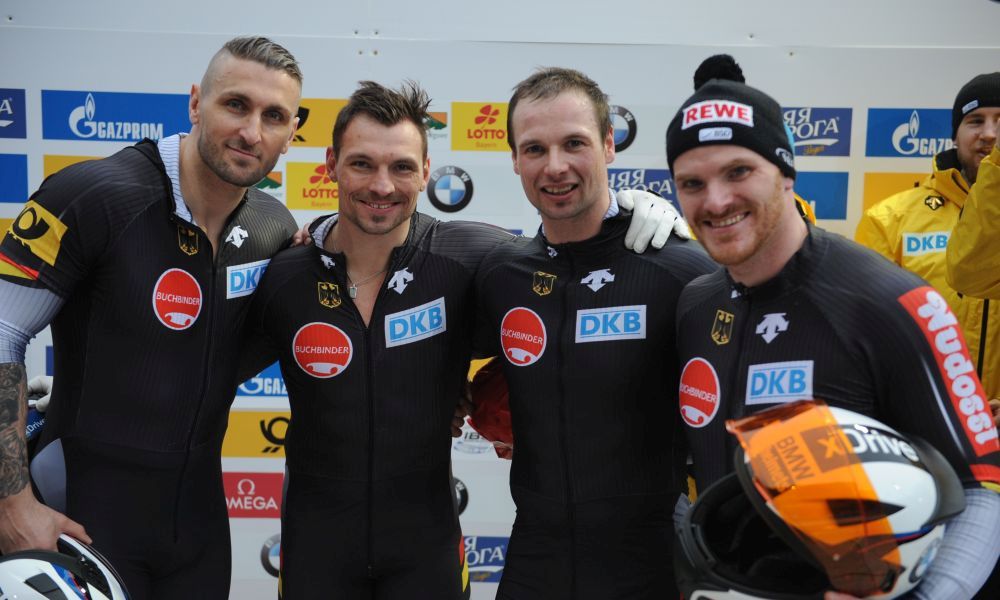 Oberhof (RWH) Bobsleigh pilot Maximilian Arndt (GER), World Champion 2013 and 2015 and European Champion 2012, 2013 and 2016, retires. The 28-years-old announced his decision on his web site.
The former luge athlete had his debut in IBSF World Cup in the 2010/2011 season. In the following year, he was Overall Champion in the combined ranking, finishing second in four man and two man bob, respectively. 2013/2014 he won the Overall World Cup in four man bob, the last winter of 2015/2016 saw him on the podium at all eight four man races, bringing him the second crystal globe for the Overall Champion.
With Maximilian Arndt, also his push athlete Martin Putze retires. With pilot Andre Lange, Putze was 2006 Olympic Champion, won 2010 Olympic silver and two World Championships titles (2005 and 2008). Since 2010, Martin Putze, who now will focus on his coaching education, was part of the Arndt crew.
Maximilian Arndt, who with his girlfriend expects his first child this summer, works for the police in his home region Thuringia and plans to study. ©RWH2016