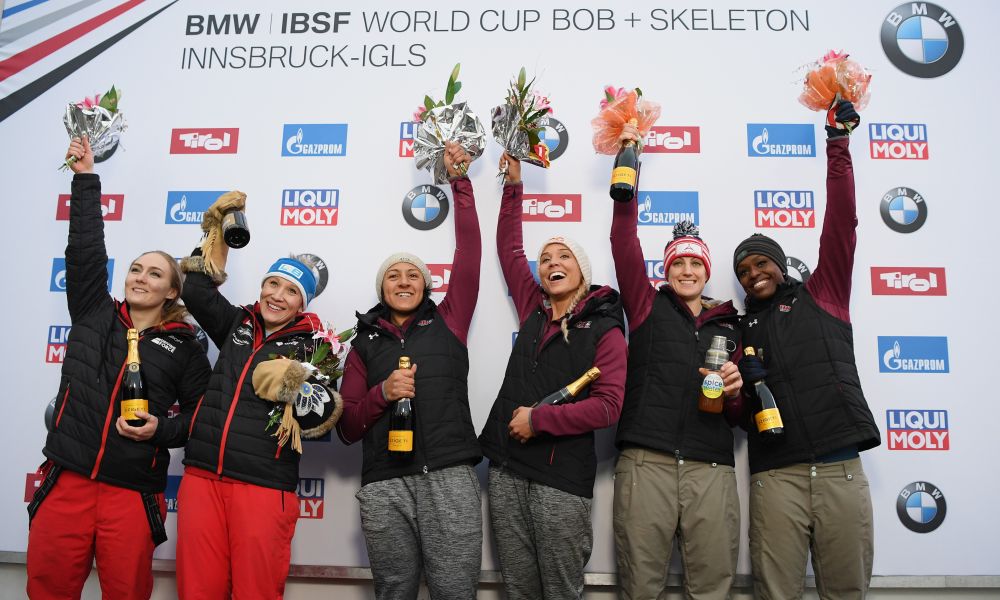 At her second ever appearance as a pilot in a World Cup race, the 2016 Junior World Champion Stephanie Schneider (GER) came fourth in Innsbruck to celebrate her first top-ten finish.

Ahead of the World Cup final and Olympic trials in PyeongChang (KOR) in March (which will follow on from the BMW IBSF World Championships), defending titleholder Kaillie Humphries (CAN, 1446) continues to lead the overall standings ahead of Jamie Greubel Poser (USA, 1419). Although she was left without any points after a crash at the opening World Cup race in Whistler, Elana Meyers Taylor (USA, 1320) has managed to finish in the top two in all other races, leaving her third overall ahead of the final race. ©RWH2017