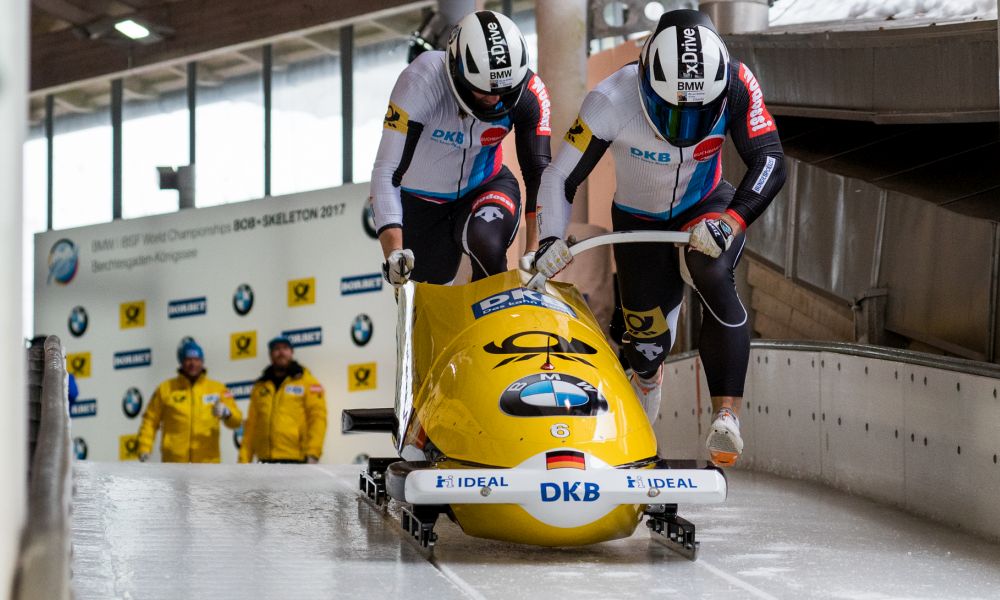 So Francesco Friedrich maybe has an decisive lead on his way to his fourth consecutive World Championships gold, but nothing is yet decided regarding medals: between the second Canadian Duo Nick Poloniato/Neville Wright (0,73 seconds back) as surprising fourth and Swiss Beat Hefti/Michael Kuonen (0.92 seconds back) as tenth there’s only a gap of less than two tenth of a second.

Francesco Friedrich (GER, World Champion 2013, 2015 and 2016)
„This is our race, we start and drive really fast! Everything is perfect in the moment.“

Justin Kripps (CAN, sixth at 2014 Olympic Winter Games, eighth at 2016 World Championships)
„I love this track and love driving here every time. And of course I had some really good results at Königssee before! Now two Canadian sleds in the Top Four – that’s awesome!

Johannes Lochner (GER, World Championships silver 2015 (tied with Oskars Melbardis) and 2016, Junior World Champion 2016)
„Awesome starts and runs from Francesco! We had some mistakes at the start and in the track. Now we must recover and we will give everything tomorrow.“