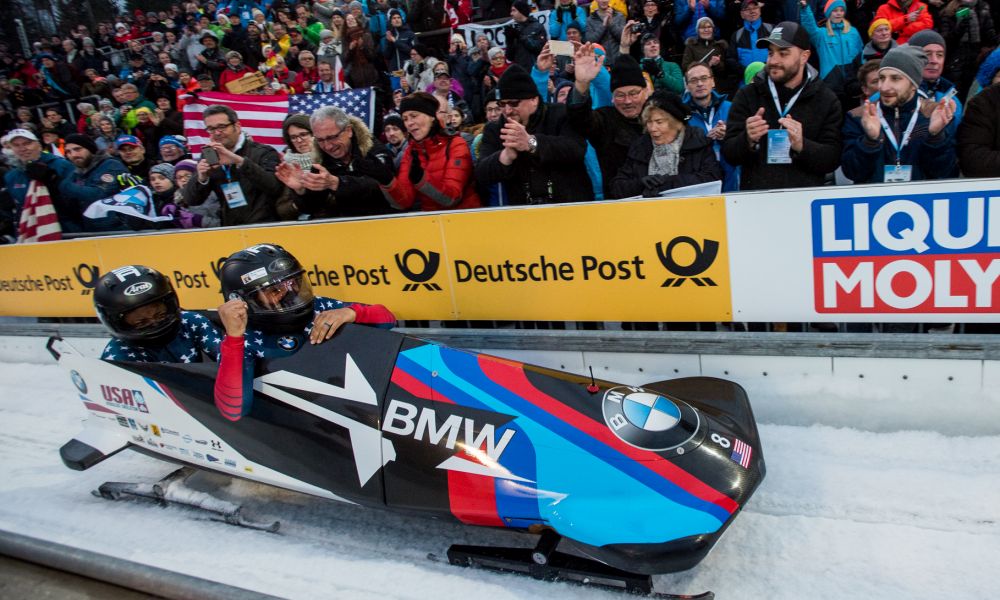 New York (RWH): Bobsleigh World Champion Elana Meyers Taylor is one of the finalists in the vote for Sportswoman of the Year 2017. The New York-based Women’s Sport Foundation nominated the US team’s bobsleigh pilot under the Team Sports category.
In the 2016/2017 season, Elana Meyers Taylor won four out of eight races in the BMW IBSF World Cup and came second in another three races. At the 2017 BMW IBSF World Championships in Königssee (GER), she won gold with her brakewoman Kehri Jones.
Back in 2015, Elana Meyers Taylor became the USA’s first woman to take gold in the women’s bobsleigh World Championships and also won the overall World Cup. At the 2014 Winter Olympics in Sochi, the athlete (now 32) won the Olympic Silver.
Votes can be submitted under the following link sportswomanoftheyear.com up to and including 27 August. The public vote makes up 50% of the result with the other half of the verdict decided by the Women’s Sports Foundation’s Awards Committee.
The Women’s Sports Foundation’s 2017 Awards for the categories of Wilma Rudolph Courage Award, Billie Jean King Contribution Award, Sportswoman of the Year Award – Individual and Sportswoman of the Year Award – Team will be presented in New York on 18 October 2017.