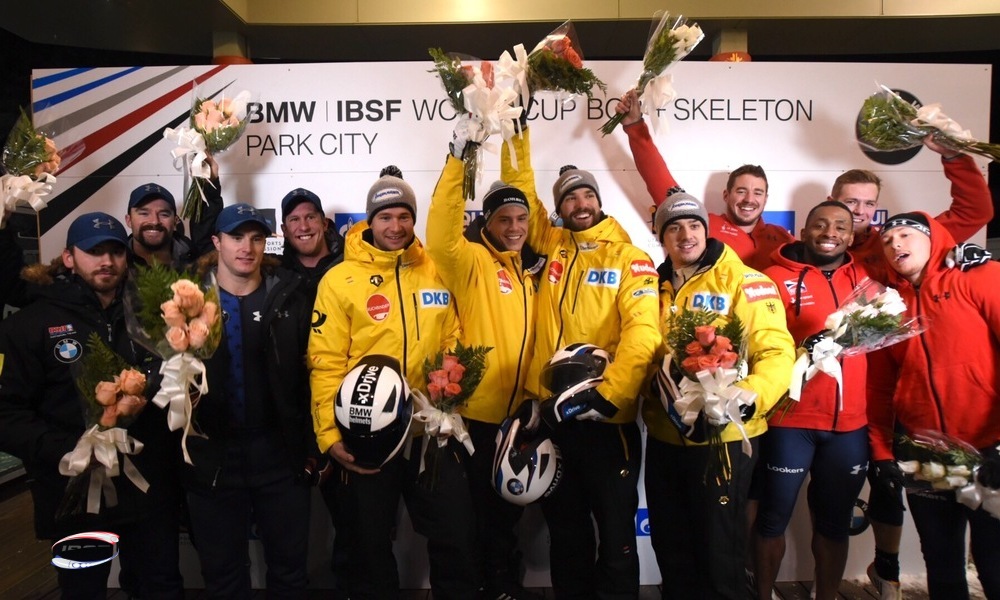 Park City (RWH): The World Champion Johannes Lochner of Germany has won the second 4-man bobsleigh race at the BMW IBSF World Cup in Park City (USA). Along with his brake team – made up of Marc Rademacher, Christopher Weber and Christian Rasp – Lochner managed to push the US squad of Codie Bascue/Nathan Weber/Carlo Valdes/Sam McGuffie (0.05 seconds back) back into a close second place. The race marked the first podium finish in a 4-man bobsleigh event for Bascue, who is currently leading the standings in the 2-man bobsleigh.

Bradley Hall of Great Britain (0,12 seconds back) held a sensational lead after his first run at Utah Olympic Park before going on to celebrate his first World Cup podium finish after securing third with his brake team Bruce Tasker, Joel Fearon and Gregory Cackett. This marked the best British result since December 2013, when John James Jackson – whose squad also featured Bruce Tasker and Joel Fearon along with Stuart Benson – finished second in Lake Placid (USA).

Altenberg, Innsbruck and Winterberg step in for Königssee
23 Mar 2021