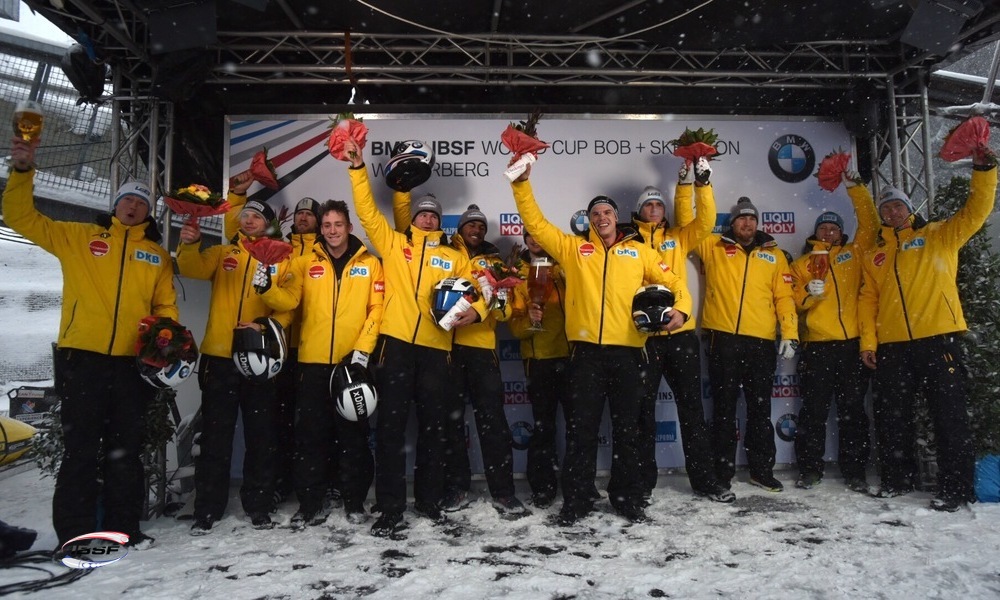 The bronze medallist at the European Championships, Benjamin Maier of Austria and his brakemen Kilian Walch, Markus Sammer and Danut Moldovan celebrated their best result of the season after finishing fifth in Winterberg.

In the overall standings for the 2017/2018 BMW IBSF World Cup, Johannes Lochner (GER, 826 points) has now extended his lead after winning two out of the four races. Nico Walther (GER, 787) begins the second half of the Olympic season in second place overall. The Canadian Justin Kripps, fourth place in Winterberg, is currently third overall with 754 points.

“A win like today is always amazing as it boosts your confidence. I am proud of my squad, they did a great job at the start.”

“Getting onto the podium is definitely better than the result in the 2-man. However, we really need to work on our start. Seven or eight hundredths of a second is way too big of a difference.”

“I think things have balanced out pretty well with the result today. However, there are still a few areas we need to work on. Despite all the snow, the conditions were fair today; they were the same for all of us.”