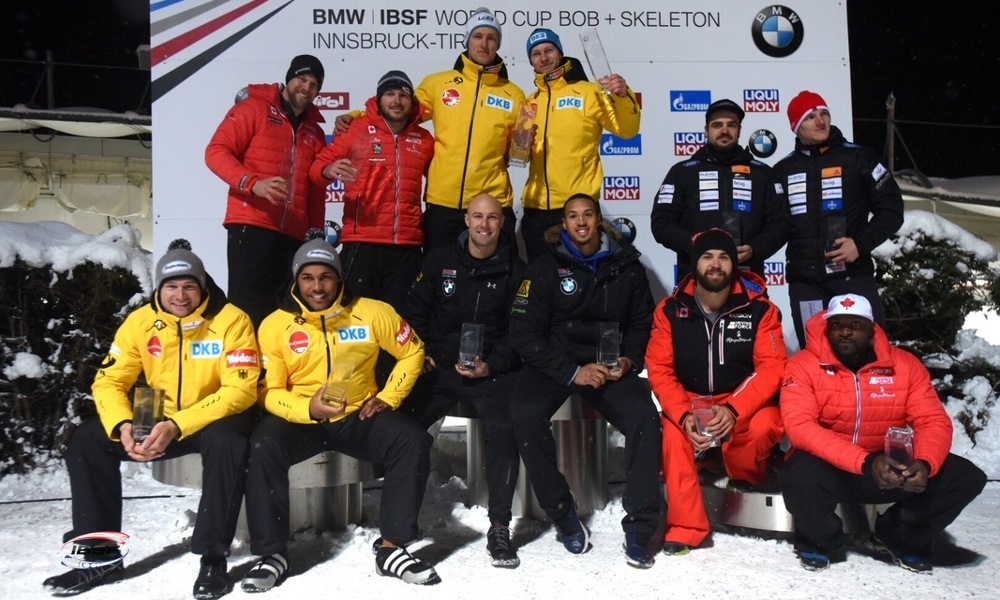 Kripps second in World Cup, Bracher with European Championship silver ahead of Lochner

Innsbruck (RWH): With his first World Cup win of the season, bobsleigh pilot Francesco Friedrich (GER) has successfully defended his European Championship title in the 2-man bobsleigh. At the BMW IBSF World Cup in Innsbruck (AUT), which also counted as the championship race for European athletes, Friedrich and his brakeman Thorsten Margis claimed the top stop for the first time this Olympic season.

Following the fifth of eight races in the BMW IBSF World Cup 2017/2018, Justin Kripps (CAN, 1014 points) has defended his lead ahead of team mate Chris Spring (CAN, 963), who finished sixth in Innsbruck. By securing victory in Innsbruck, the new European Champion Francesco Friedrich (GER, 859) has made it into the top three in the World Cup standings for the first time this winter.

“Yes, you could say that today has been a real relief. We knew that we had what it takes to win here. Innsbruck is our track and this is now our fourth win here in a row. I can’t really say anything about our sled at the moment. We need to look at all the times when things have calmed down.”

Justin Kripps (CAN, runner-up in the 2017 World Championships)

“Innsbruck is a good track for fast starters and good equipment. We really love racing here. Now, we’ve got a break coming up with a little bit of rest and a lot of training.”

“We don’t have any pressure on us at the moment; maybe that’s the reason behind our success. And of course, I've got a great brakeman.”