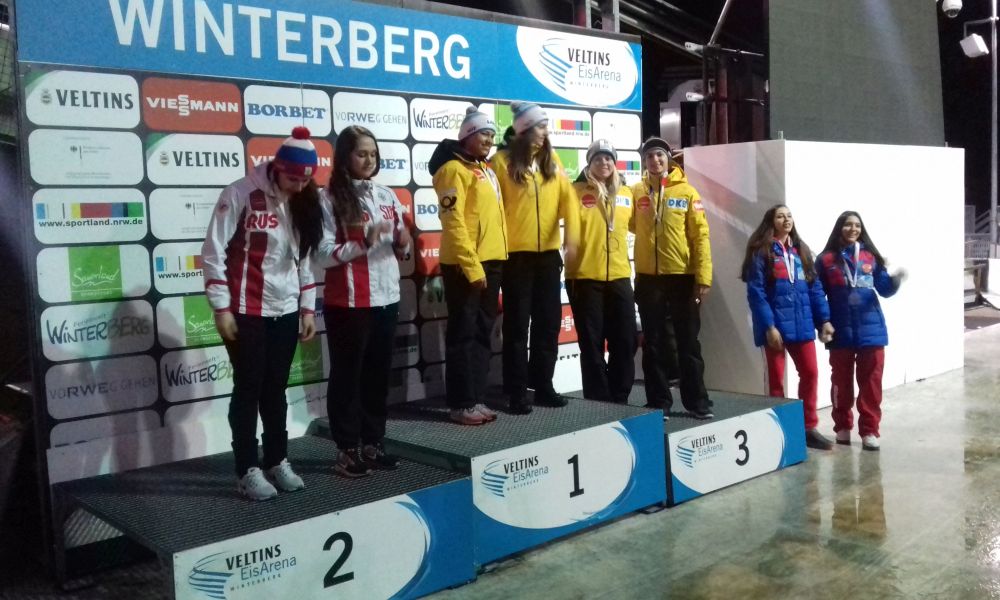 Winterberg (RWH) Five athletes from three nations, among them Youth Olympic Champion Laura Nolte (GER) are the first ever Junior European Champions in the history of the International Bobsleigh & Skeleton Federation IBSF. The titles were awarded after the finale of IBSF European Cup 2017/2018 to the best U23 and U26 Juniors in overall ranking.

Laura Nolte, who won monobob gold at the 2016 Youth Olympic Winter Games (YOG) in Lillehammer, won the U23 European Championships in women’s bobsleigh. The U26 title went to Austria’s Katrin Beierl.

U23 European Champion in 2-man and 4-man bobsleigh is Mihai Tentea from Romania, another YOG athlete, who finished fourth in monobob in Lillehammer. The European U26 bobsleigh titles went to Christoph Hafer (2-man) and Bennet Buchmüller (4-man) from Germany. ©RWH2018