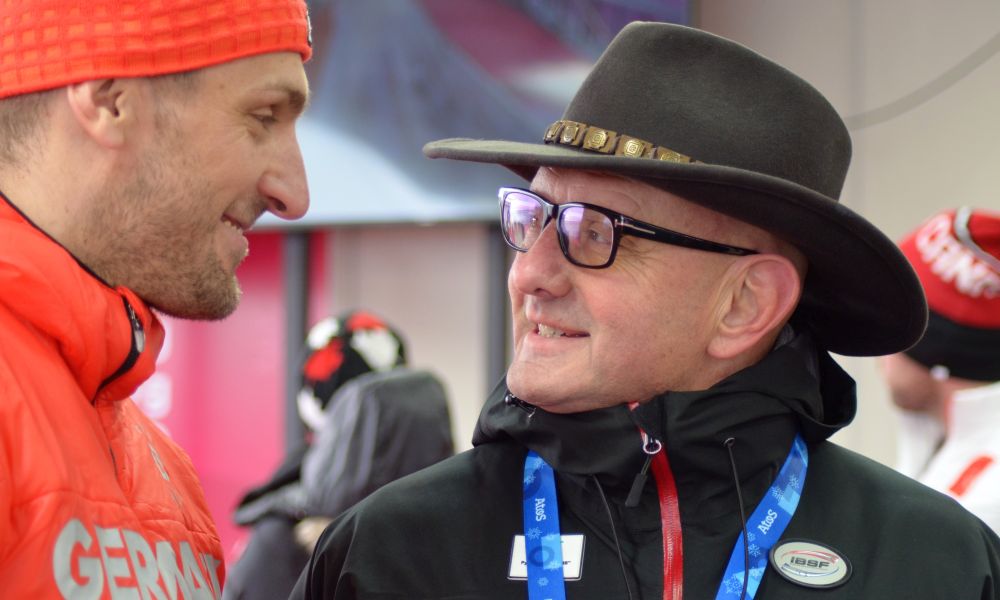 The 39-years-old switched from track & field to bobsleigh in 1999 and had his greatest achievements with pilot André Lange. 2002 in Salt Lake City they were Olympic Champions in 4-man bobsleigh, won 2-man and 4-man gold 2006 in Turin (ITA). 2010 in Vancouver (CAN) Kuske and Lange added Olympic gold in 2-man bobsleigh and 4-man silver to their collections. At bobsleigh World Championships between 2003 and 2009, they won seven titles – three in 2-man and four in 4-man – as well as four more medals.

Since the 2016/2017 winter, Kevin Kuske was part of the team of pilot Nico Walther. Together, they won 4-man bobsleigh bronze at the BMW IBSF World Championships 2017 at Königssee and Olympic Silver at the PyeongChang 2018 Winter Games.

„Kevin, especially, pulled everything out of the bag ahead of his retirement. Our start on the fourth run is what got us the silver“, said pilot Nico Walther after the PyeongChang race, where his crew had their best start time (4.88 seconds) in the final heat.

Kevin Kuske always was known as one of the fastest push athletes. Ahead of the 2012 World Championships, the German magazine „Der Spiegel“ reported that Kuske matched a 3.69 seconds time for the 30 meters sprint during training. When winning Olympic Gold in Beijing in 2008, sprinter Usain Bolt of Jamaica needed 3.78 seconds for the first 30 of the 100 meter distance. ©RWH2018