Winterberg (RWH) First victory of the season for the European Champion: bobsleigh pilot Stephanie Schneider (GER) has won the BMW IBSF World Cup in Winterberg. With brakewoman Ann-Christin Strack, the German secured her fourth World Cup victory in front of a home crowd.

Olympic Champion Mariama Jamanka and brakewoman Annika Drazek (GER, 0.07 seconds back) were in the lead after the first run but dropped to second following a mistake on their next outing. World Champion Elana Meyers Taylor and Lake Kwaza (USA, 0.08 seconds back) finished just one hundredth of a second behind in third.

The Belgian Elfje Willemsen was competing in her final race in the BMW IBSF World Cup. Willemsen, who finished sixth in the Sochi Olympics in 2014 and was the European Championship silver medallist in 2016, took to the steering ropes for the last time in Winterberg. Joining her was her long-standing brakewoman Hanna Marien, Olympic Champion in 2008 with the Belgian 4x100-metre relay team. The duo received a rapturous reception at the finishing line from a crowd of travelling fans and athletes from all nations.

“It’s a major surprise to take the win. It’s a really good result after Sigulda. When the sled is working we know we can mix it at the front and it’s great that we came out on top today.”

“Steffi drove a good race today. Unfortunately I made a few mistakes on the second run. It’s annoying but it happens. We need to analyse it in detail with the coach.”

“That was close, but that’s how it goes in Winterberg. The start is very important here. I was injured throughout the summer, so I still need to work on it. The plan is to be ready for the World Championship in Whistler.” 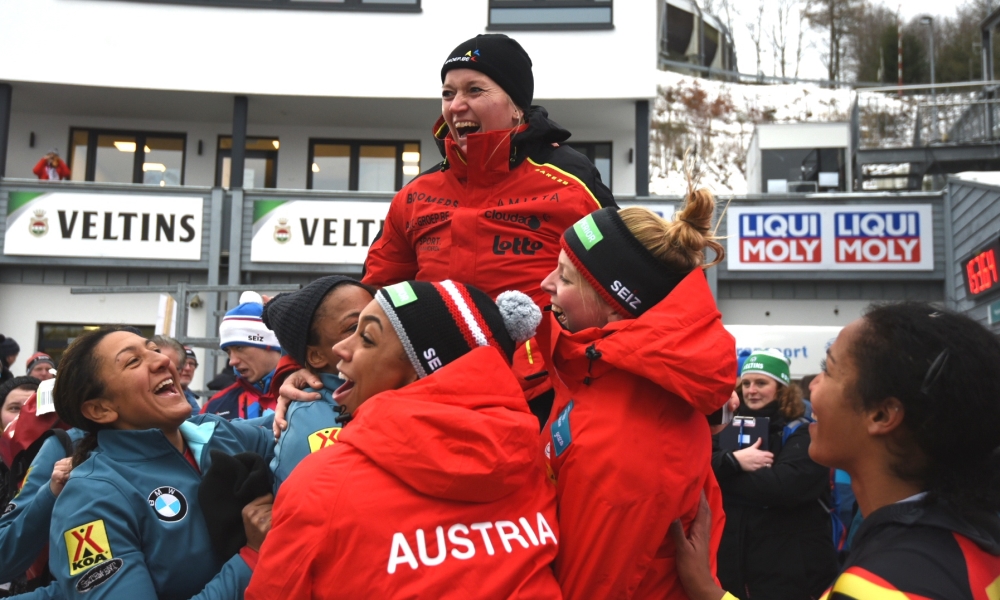