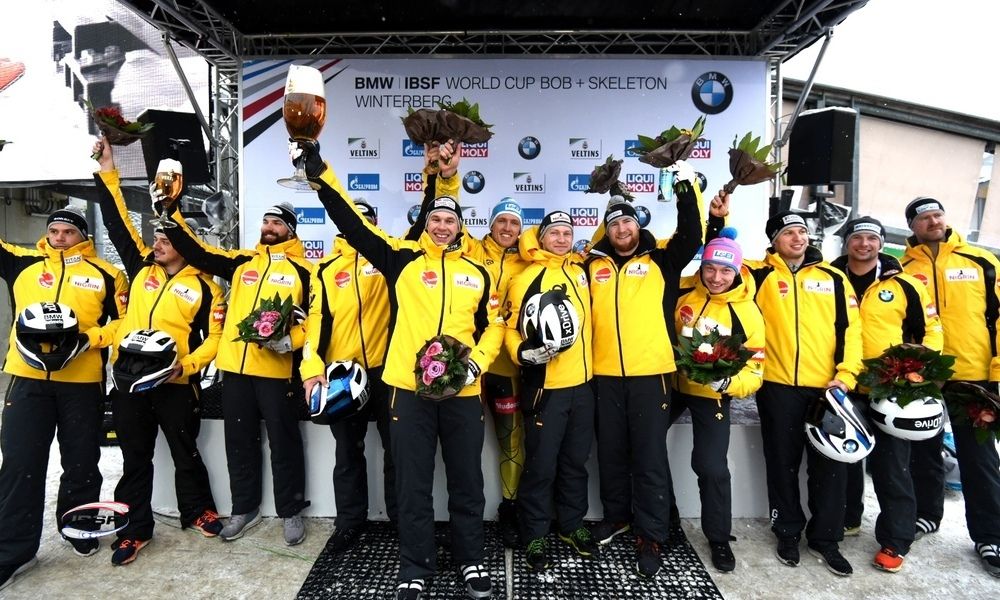 Austria’s Benjamin Maier with Kilian Walch, Markus Sammer and Danut Moldovan were lying third after the first heat but dropped back to fifth following problems at the start.

“We really didn’t get a good start first time around. But we were able to show what we are capable of in the second heat. We changed our equipment a bit since yesterday and, along with my experienced crew, I think it was a good step in the right direction.”

“This was also a weekend of testing for me. For example we tried different runners from the first race and I also changed one of my brakeman.”

“We got lucky with third place thanks to a mistake by the Austrians, but sometimes you need a bit of luck. I’m not too happy with the new sled in the moment, but at least I gained some valuable experience today.”