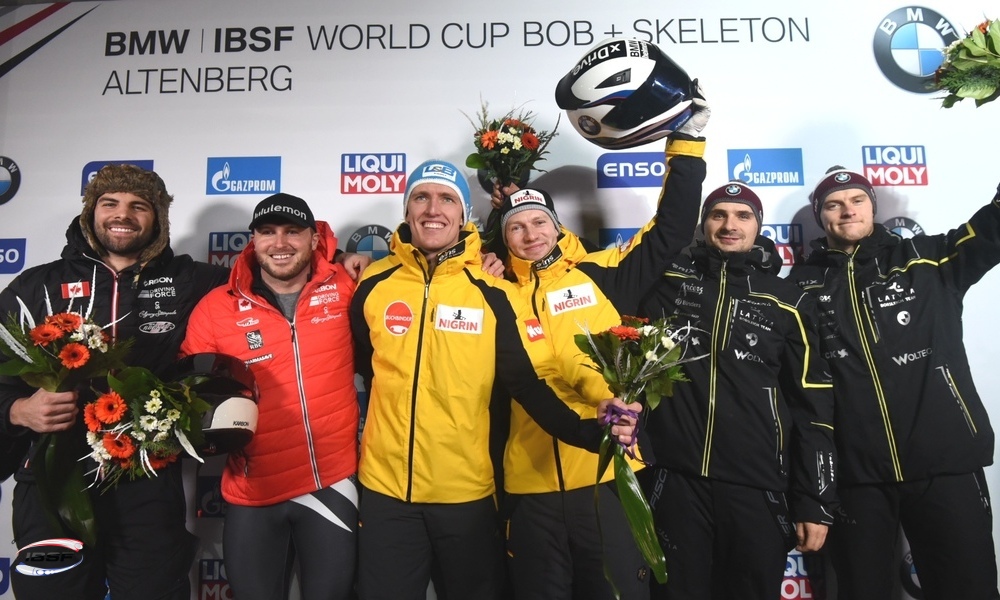 A win for Friedrich, second place for Kripps and third place for Oskars Kibermanis

Altenberg (RWH): The 2-man Bobsleigh race at the BMW IBSF World Cup in Altenberg provided the backdrop for an Olympic-style head-to-head battle. At the 2018 Winter Games in PyeongChang, the bobsleigh pilots Francesco Friedrich of Germany and Justin Kripps of Canada tied to share Olympic gold. The BMW IBSF World Cup race in Altenberg saw the two athletes go head-to-head for the first time this season, ending up with yet another battle that came down to just a few hundredths of a second. And as was the case at the Olympics, the two teams were joined on the podium by a duo from Latvia.

Francesco Friedrich/Thorsten Margis managed to edge ahead in Altenberg. Racing with Cameron Stones as his brakeman this time around, Justin Kripps (CAN, 0.37 seconds back) only just had the lead after the first heat, though ultimately had to make do with second place. Like PyeongChang, third place went to a Latvian team. Oskars Kibermanis/Matiss Miknis (0.48 seconds back) took third place in Altenberg as opposed to their team mates Oskars Melbardis/Janis Strenga, who took home the Olympic bronze.