Innsbruck (RWH) Bobsleigh pilot Patrick Baumgartner from Italy, Youth Olympic Champion of 2012 in the 2-man Bobsleigh, is the 2019 Junior European Champion in the 4-man Bobsleigh.

With Mattia Variola, Lorenzo Bilotti and Alex Verginer as push athletes, the 24-years-old won the final race of the IBSF Europe Cup 2018/2019 in Innsbruck and thus also sealed the title in the Junior European Championship. Silver went to the team of Rostislav Gaitiukevich from Russia ahead of U23 World Champion Richard Oelsner (GER) with bronze.

Mihai Tentea / Raul Dobre / Ciprian Daroczi / Andrei Bugheanu from Romania won the U23 classification of the Junior European Championships ahead of the team of Ralfs Berzins from Latvia.

Patrick Baumgartner for the first time also won the overall 4-man Bobsleigh ranking of IBSF European Cup 2018/2019. With two victories in the last two races of the season at the Olympic Sliding Track of Innsbruck, the Italians overtook the previous leader Jonas Jannusch (GER), the Youth Olympic champion of 2016 by two points. Richard Oelsner finished the Europe Cup season in third place.

For the athletes in the 2-man and 2-woman Bobsleigh and in Men’s and Women’s Skeleton, the Europe Cup will end on 25 and 26 January in Sigulda. Again, the last season's race counts as Junior European Championship. © RWH2019 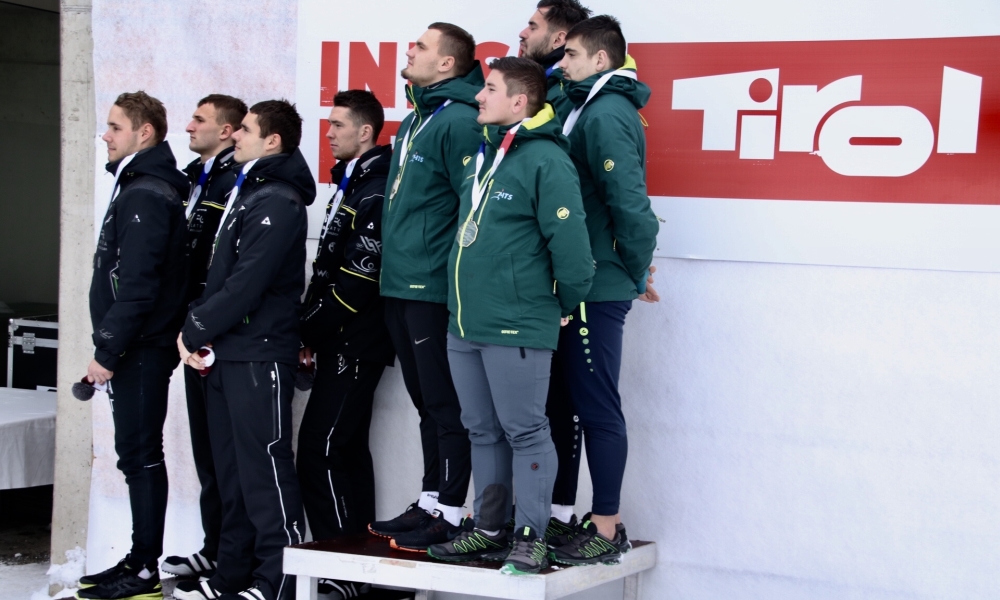