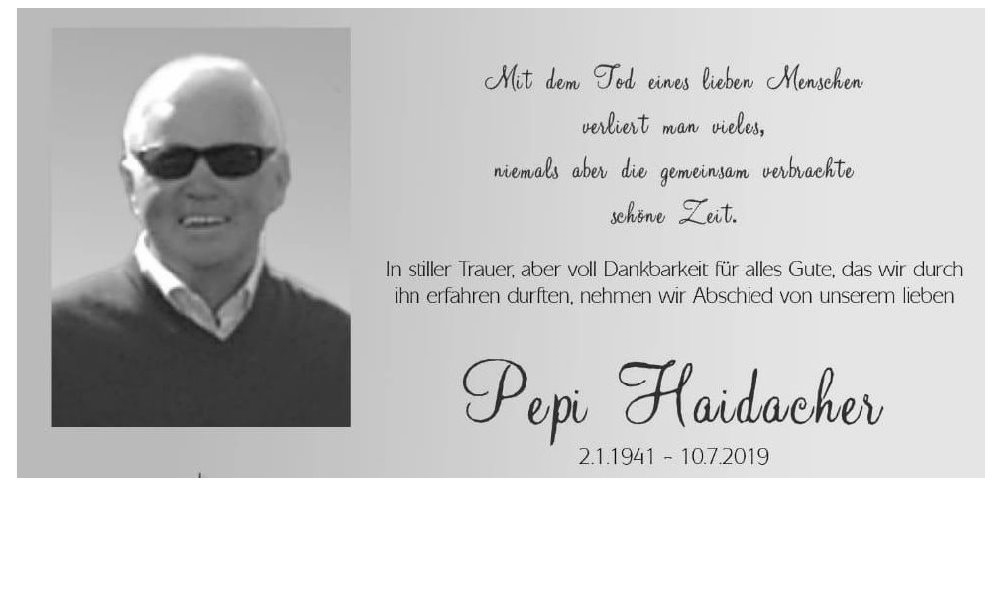 For many IBSF athletes Sepp Haidacher was the key figure to get started in Bobsleigh sports: He led the Bobsleigh Schools in Igls, Austria, for many years with his expertise and passion for the sports. „His instinctive feeling, care and patience in leading the Europe Cup series prepared our young athletes for their career in the FIBT/IBSF“, said IBSF President Ivo Ferriani. „Our thoughts are with his wife Maria and his family. We will honour his memory in the IBSF family.“

At the 1984 Olympic Winter Games in Sarajewo, Sepp Haidacher led the Austrian Bobsleigh Team as Captain followed by a job as coach for Taiwan. In 1989, he was hired as coach of the Jamaican Bobsleigh Team that he met at their first Bobsleigh School participation in Igls in 1987 ahead of the legendary first Olympic appearance of the Jamaicans at the 1988 Winter Games in Calgary. This Olympic race was the base for the famous movie „Cool Runnings“. „He has remained the Godfather of the Jamaica bobsled team ever since“, jamaicabobsled.com writes regarding Sepp Haidacher.

The mourning ceremony for Sepp Haidacher will take place on Wednesday, 17th of July at 5 pm at the church in Voldöpp. The burial will then take place right after only under participation of the closest family circle. ©RWH2019 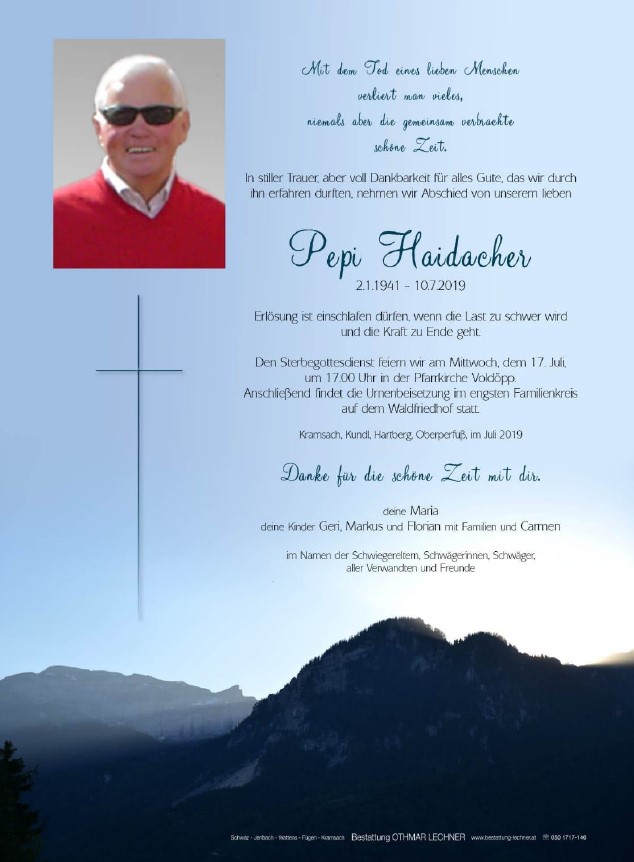