London (RWH) The British 4-man Bobsleigh team of pilot John Jackson have been presented with the reallocated Olympic Bronce medal from Sochi 2014 at the Team GB Ball in London on November 21. “On stage there was a lot of emotion”, pilot John Jackson said in a Team GB press release.

“As a team we’re just glad to be getting this award. We knew that once we got it, we would all feel like Olympic medallists because it was great it saying it on paper but until we got that medal around our neck none of us truly felt like we were in that position.“

The GBR 1 4-man Bobsleigh crew with John Jackson, Bruce Tasker, Stuart Benson and Joel Fearon finished the competition in fifth place but have been promoted into the bronze medal position following the disqualification of two crews. Athletes from both Russian teams, who finished first and fourth, were found to have committed doping violations following thorough re-analysis of samples taken at the Games. ©RWH2019 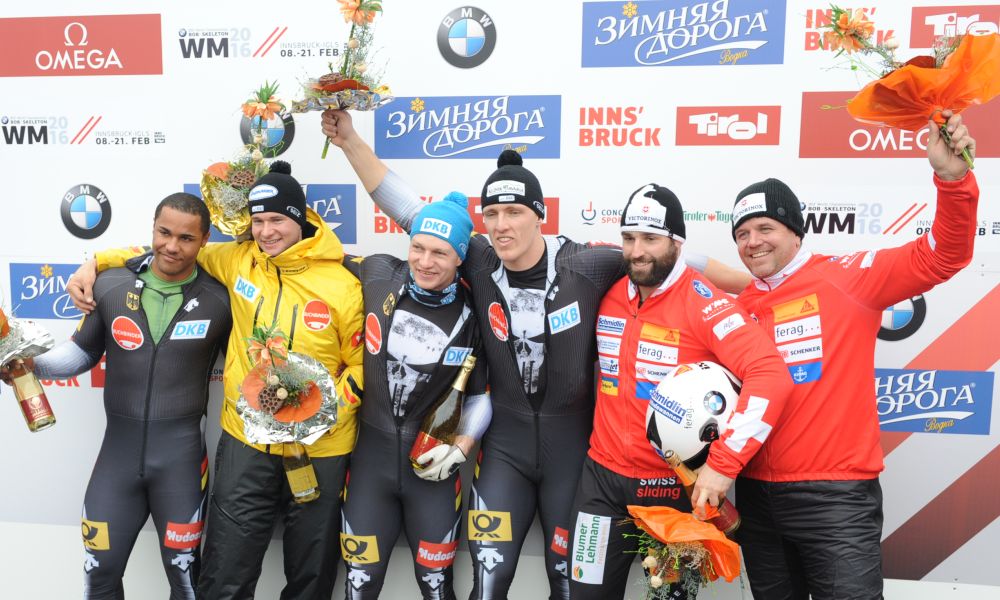