Königssee (RWH) 29 female athletes from 17 nations and four continents: The International Bobsleigh & Skeleton Federation IBSF was delighted with a record number of participants in the third race of the 2019/2020 Women's Monobob series.

The victory at Königssee (GER) went to two athletes: Qing Yin from China and Breeana Walker from Australia tied after two runs. Melissa Lotholz (CAN) made the jump from sixth to third place with the best time in the second run.

The “little ones” in the field still have big plans this winter: Viktoria Cernanska (SVK, 13th place), Celine Harms and Maja Wagner (both GER, ranks 17 and 23), all between the ages of 16 and 17, currently qualified for the Youth Olympic Winter Games Lausanne 2020 alongside 15 other young Women’s Monobob athletes. 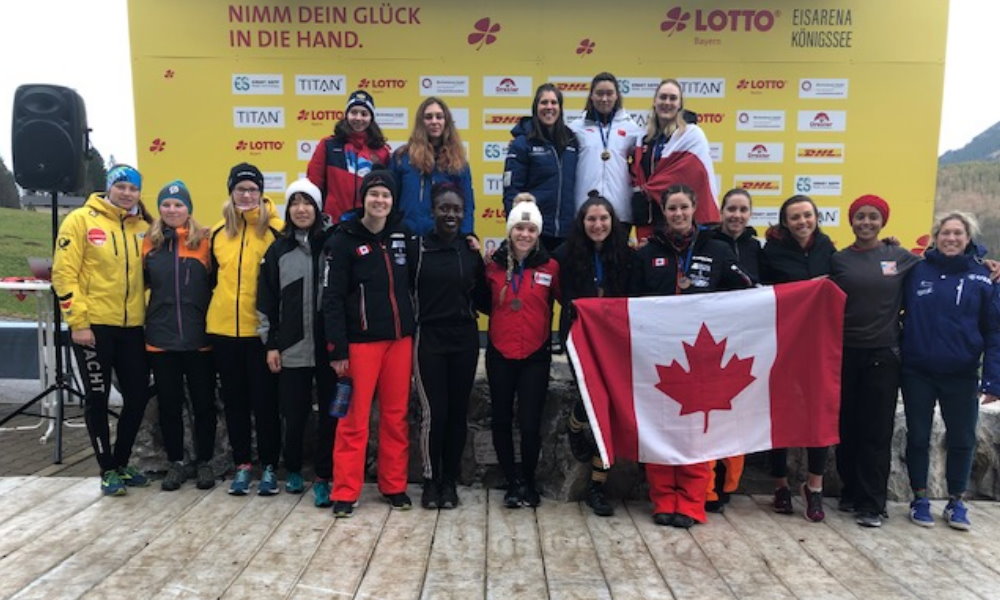