La Plagne (RWH): Her second World Cup race, her first ever victory plus a track record and starting record on top: Women’s bobsleigh pilot Laura Nolte of Germany – the 2016 Youth Olympic Champion – went all out at the BMW IBSF World Cup race in La Plagne (FRA). During heat one, the 21-year-old pilot and her brake athlete Deborah Levi set a new benchmark time for La Plagne at 1:00.67 seconds. In the final heat, Nolte/Levi tied the starting record set by their team-mates Stephanie Schneider/Leonie Fiebig (GER) to stand atop the World Cup podium for the first time in their careers.

Second place in La Plagne went to the Canadians Christine de Bruin/Kristen Bujnowski (0.21 seconds back), the bronze medallists from the 2019 World Championships. Schneider/Fiebig were just 0.01 seconds behind the Canadian pairing and finished third.

Racing on her home track in La Plagne, Margot Boch and her brake athlete Carla Senechal made an impressive debut at the BMW IBSF World Cup in sixth place. The 20-year-old pilot won silver at the U23 World Championships in 2019 and has already achieved multiple podium finishes at the IBSF Europe Cup and the women’s monobob racing series. 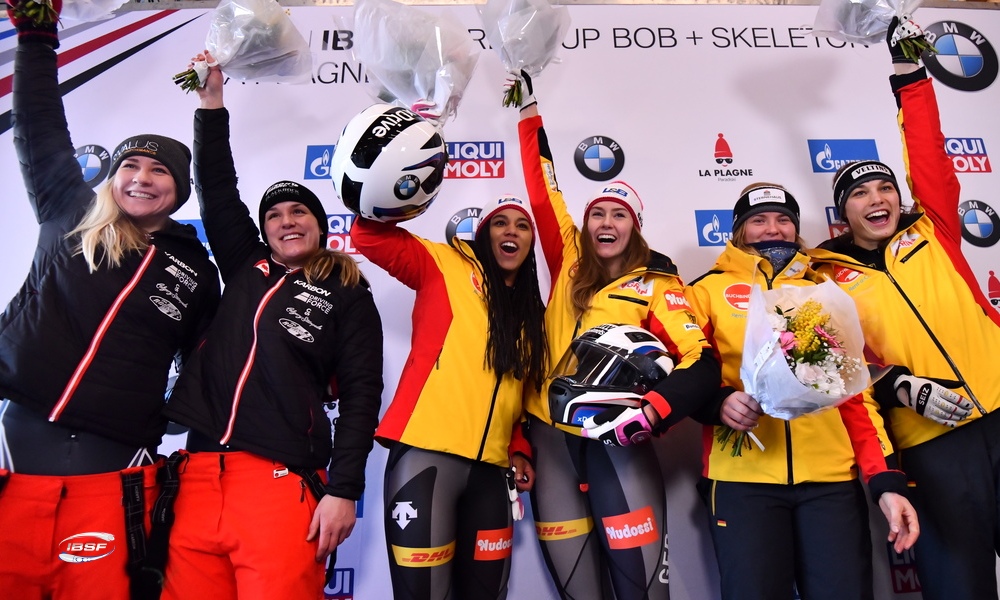