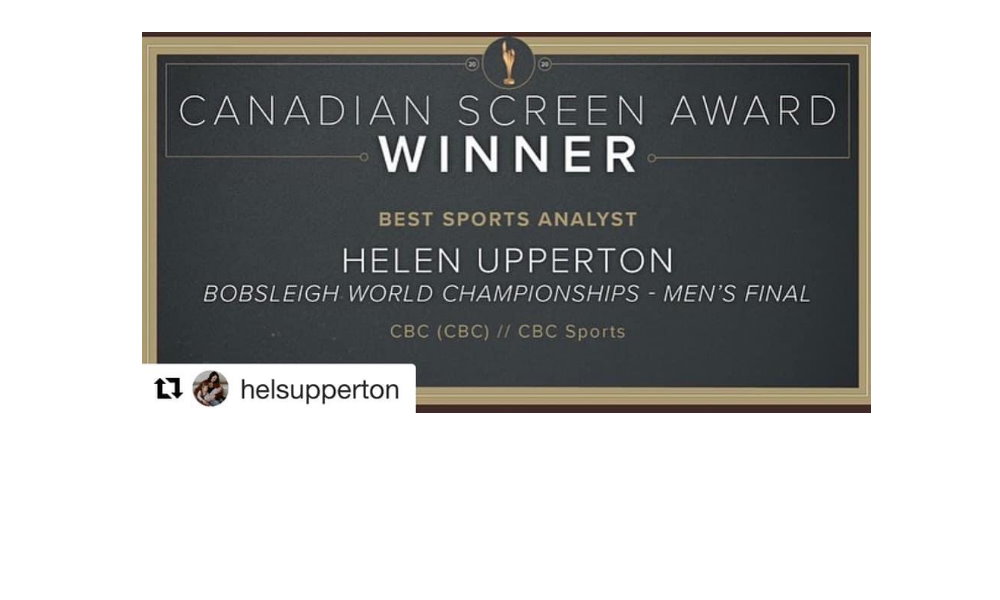 Toronto (RWH) Former Bobsleigh pilot Helen Upperton from Canada, 2010 Olympic silver medalllist in 2-woman Bobsleigh, was awarded 2020 Best Sports Analyst at the Canadian Screen Awards of the broadcaster CBC. Following her Athlete career, she, amongst others, worked as commentator and Bobsleigh expert for the Canadian broadcaster at the 2018 Olympics and recently at the BMW IBSF World Championships 2020 in Altenberg (GER).

„I’m not writing this post for my own sake. I just really wanted a chance to say thank you properly. We can naver accomplish anything substantial in our lives without the encouragement and support from others“, Helen Upperton wrote in an Instagram post following the announcement.

The Canadian was active as a bobsleigh athlete since the early 2000s. One of her push athletes in the first years was Kaillie Humphries, who later became an Olympic champion in 2010 and 2014. At the 2006 Olympic Winter Games in Turin (ITA) Helen Upperton/Heather Moyse narrowly missed the 2-woman bobsleigh medals in fourth place. Four years later in Whistler (CAN) Helen Upperton/Shelly-Ann Brown finished second at the Olympic Winter Games. Together with the winners Kaillie Humphries/Heather Moyse (CAN) they thrilled the fans with Olympic gold and Olympic silver for the home team from Canada.

Helen Upperton won six World Cup races and a total of 19 medals in the highest race series of the International Bob & Skeleton Federation IBSF from 2006 to 2011. After the 2012 IBSF World Championships in Lake Placid (USA), where she finished fifth, Helen Upperton ended her career as an athlete. ©RWH2020 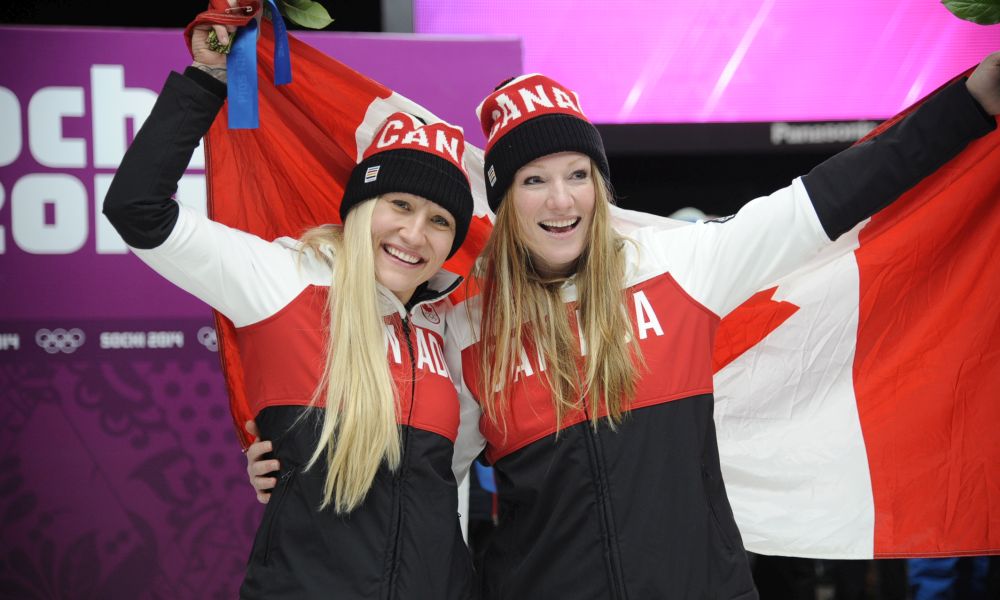