Munich (RWH) For the BMW racing pilots in the German Touring Car Masters (DTM), simulator drives have long been a reality when testing for the real race track. Realistic simulator training at BMW Motorsport will in future also be possible for Bobsleigh pilots. As BMW announced in a press release, the DTM simulator will be expanded accordingly in the coming months. This will open up new training opportunities for the athletes of the German federation BSD at any time of the year.

Instead of a DTM cockpit, a real bob chassis with original steering will then be mounted on the three-dimensionally movable platform. In addition, detailed 3D scans of the track and a vehicle development software, which BMW has adapted for racing simulation, will be used. The visual simulation of the respective sliding track runs on the surrounding screens and makes the illusion perfect.

As a reference, the Königssee track is simulated first. The German pilots know it in detail and can help to fine-tune the simulation. If the parameters are right, simulations of other sliding tracks will follow. Co-responsible for the project is Julian von Schleinitz. The Junior Luge World Champion of 2009, 2010 and 2011 is a PhD student in the field of Data Science at BMW Motorsport. His brother Kilian was 2014 Junior World Champion in Skeleton.

Bobsleigh Olympic and World Champion Francesco Friedrich and the 2017 4-man Bobsleigh World Champion Johannes Lochner have already completed test runs in the DTM simulator. "It's crazy how close this comes to reality", said Francesco Friedrich in the BMW press release. "If we were to implement something like this for bobsleigh racing, it would be possible to learn new tracks much faster and improve the steering in every detail." ©RWH2020 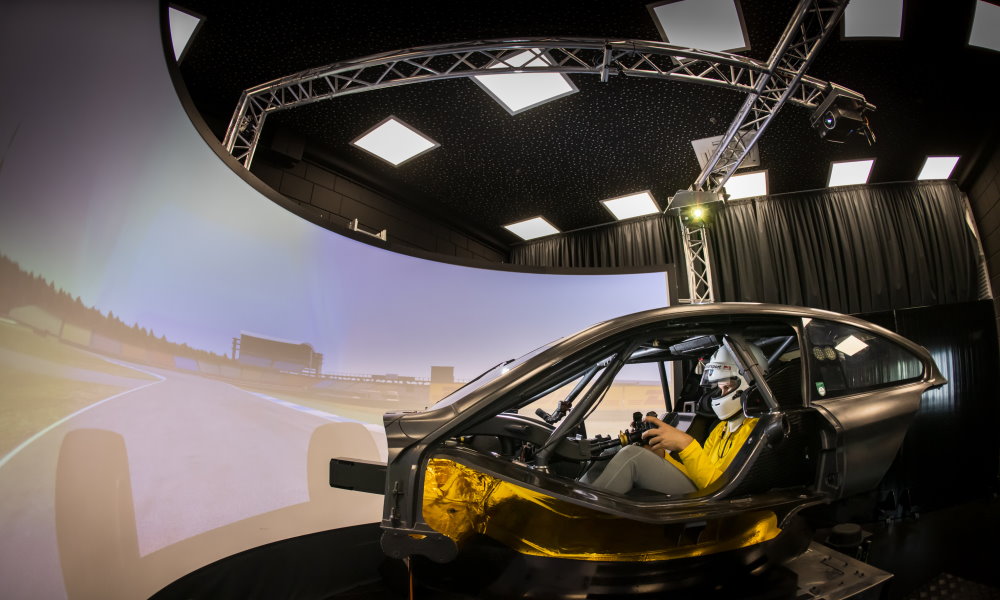