St. Moritz (RWH) Bobsleigh pilot Francesco Friedrich (GER) is the 4-man bobsleigh winner at the BMW IBSF World Cup in St. Moritz (SUI). With his push team Thorsten Margis, Martin Grothkopp and Alexander Schueller, Friedrich set season's bests for the Olympic Bobrun both at the start (4.97 seconds) and in the track (1:04.75 minutes). It was the 13th World Cup victory in 4-man bobsleigh for the Olympic, World and European Champion and defending World Cup champion.

Second place was secured in St. Moritz by Benjamin Maier (AUT, 0.29 seconds back) with Danut Moldovan, Markus Sammer and Kristian Huber. The European Championship runner-up was also second in the 4-man bobsleigh in 2016 in St. Moritz as well as in 2016 and 2018 at Königssee.

The two Swiss teams of pilots Michael Vogt and Simon Friedli finished seventh and eighth on their home track.

In the overall standings for the 2020/2021 BMW IBSF World Cup, Francesco Friedrich (GER, 450 points) leads after two of the four races ahead of tied pilots Benjamin Maier (AUT) and Justin Kripps (CAN) with 410 points each. 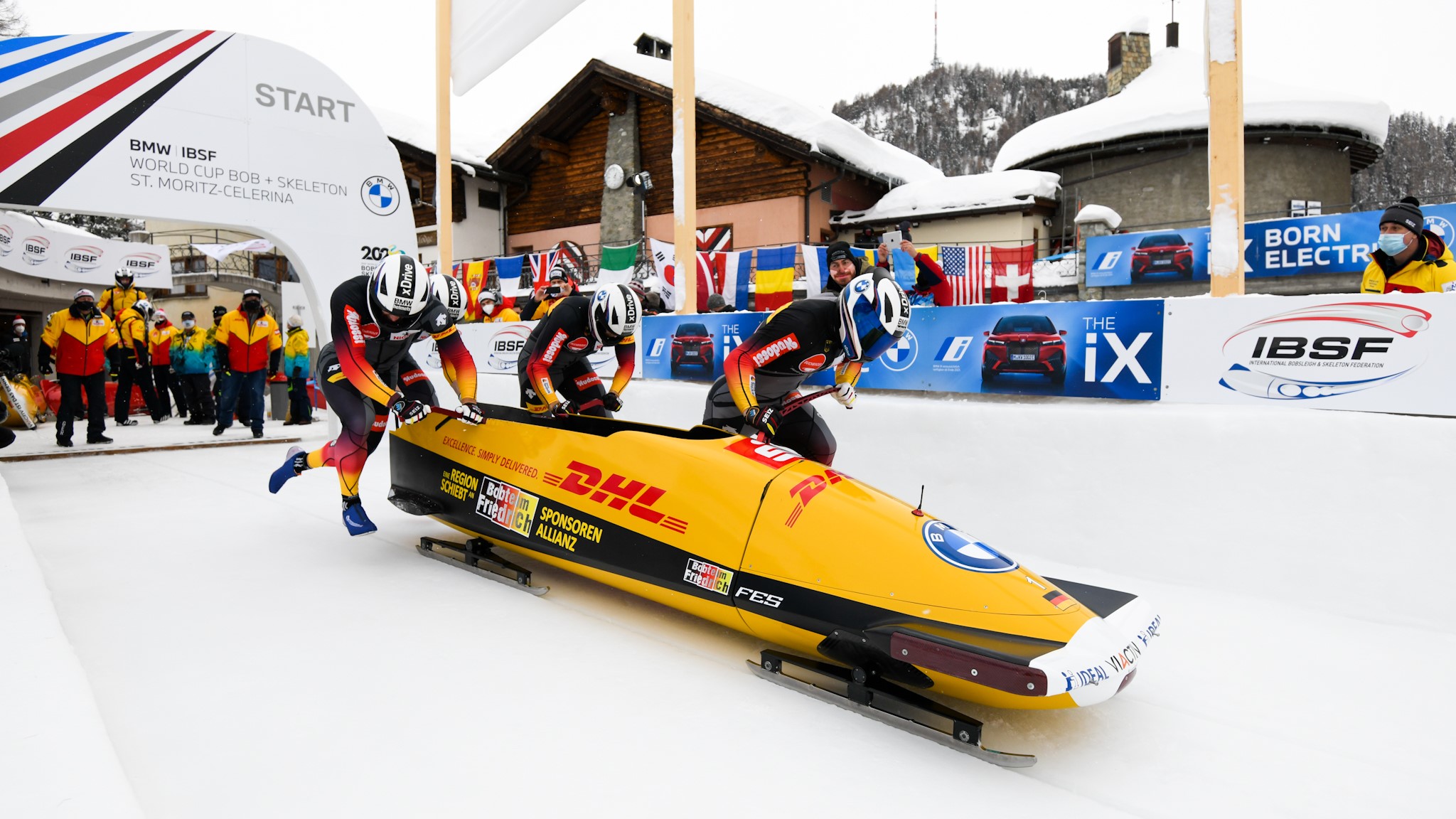 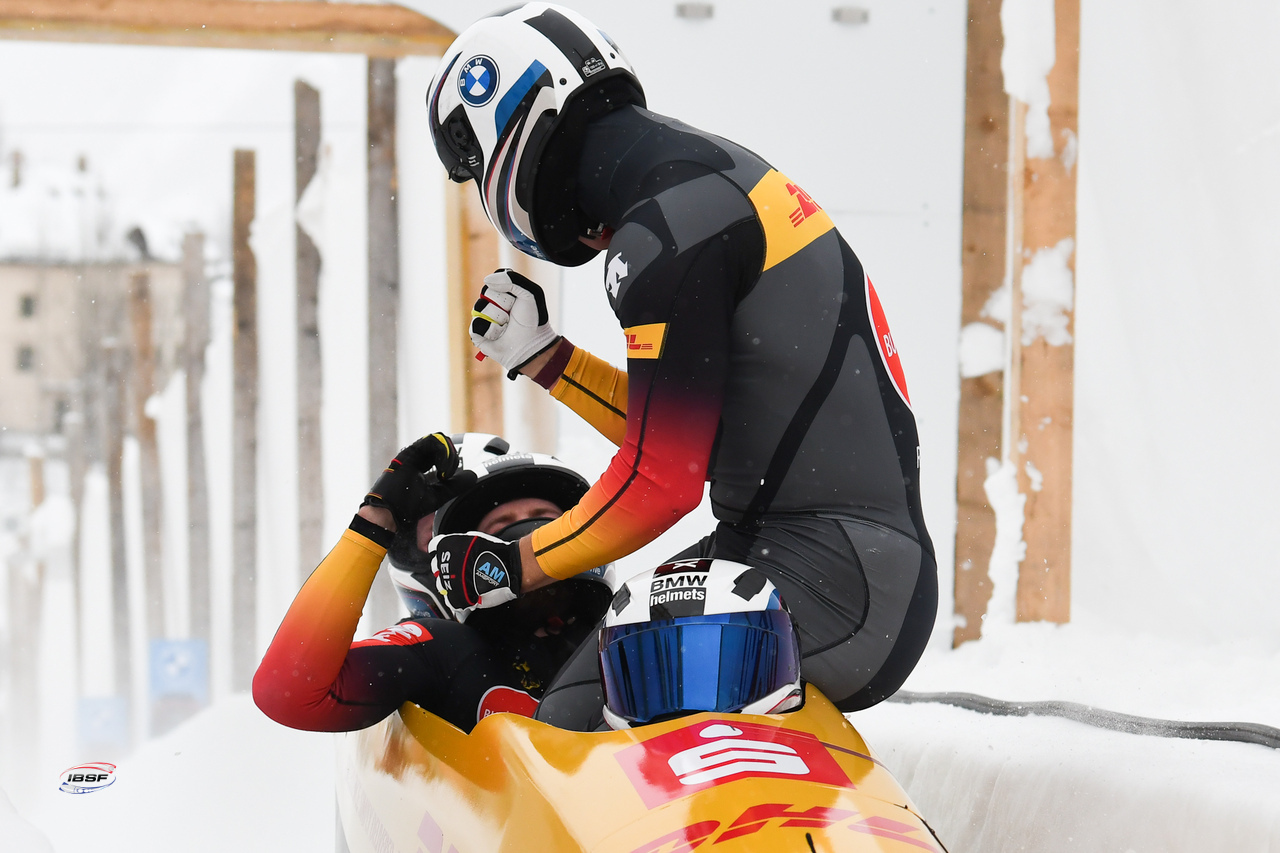 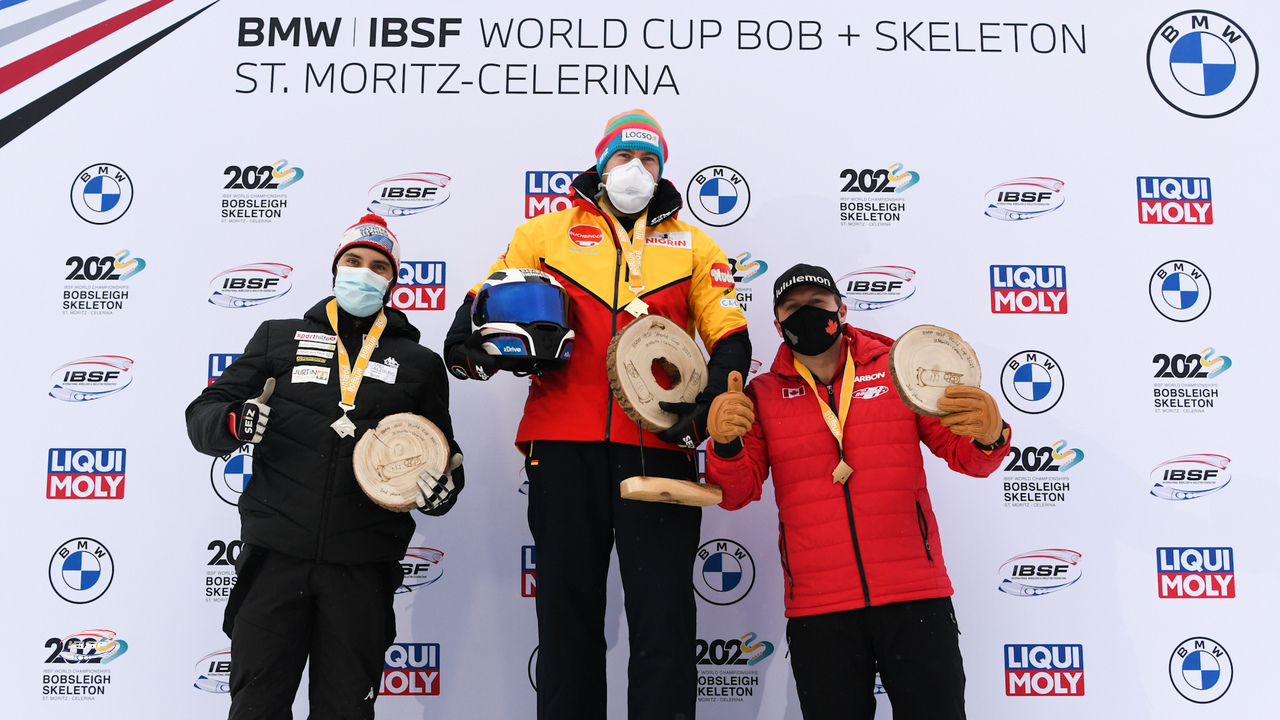 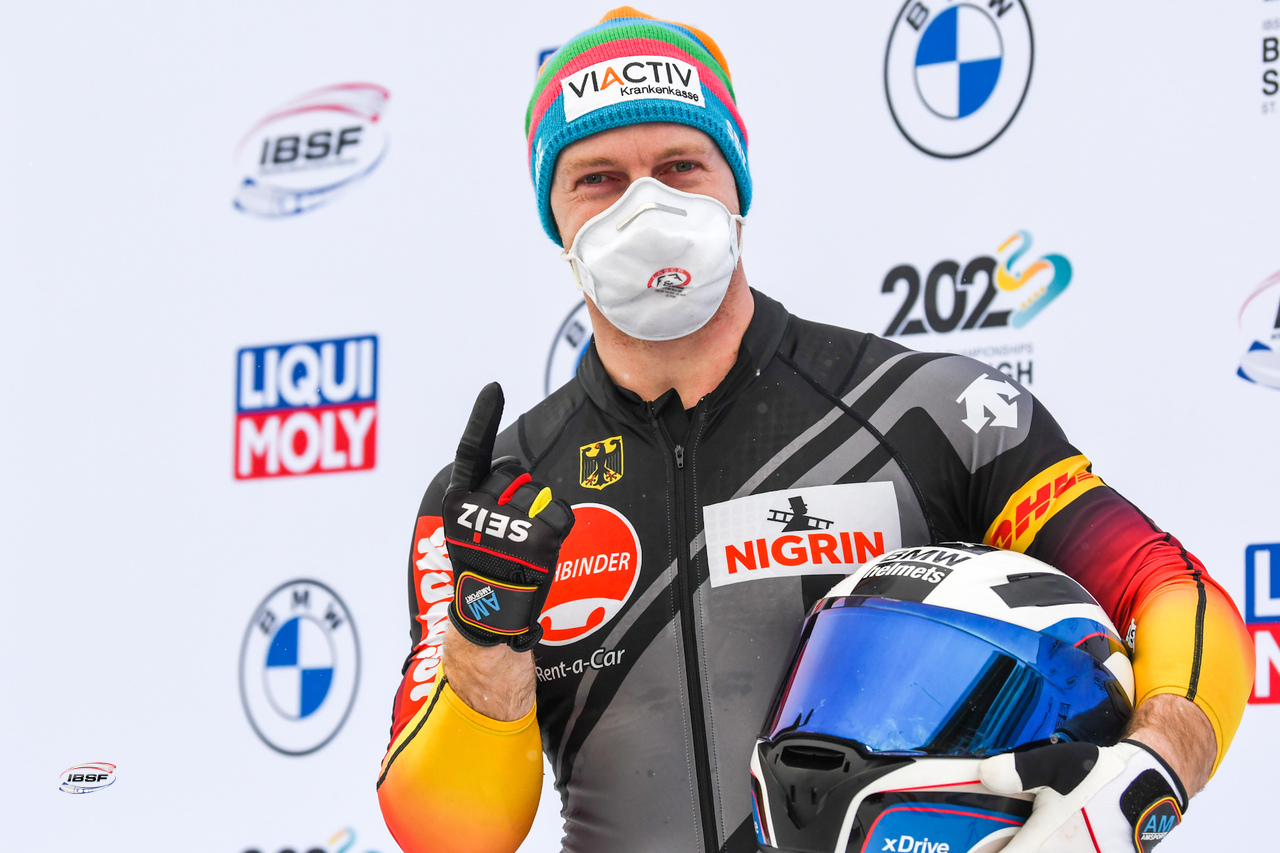