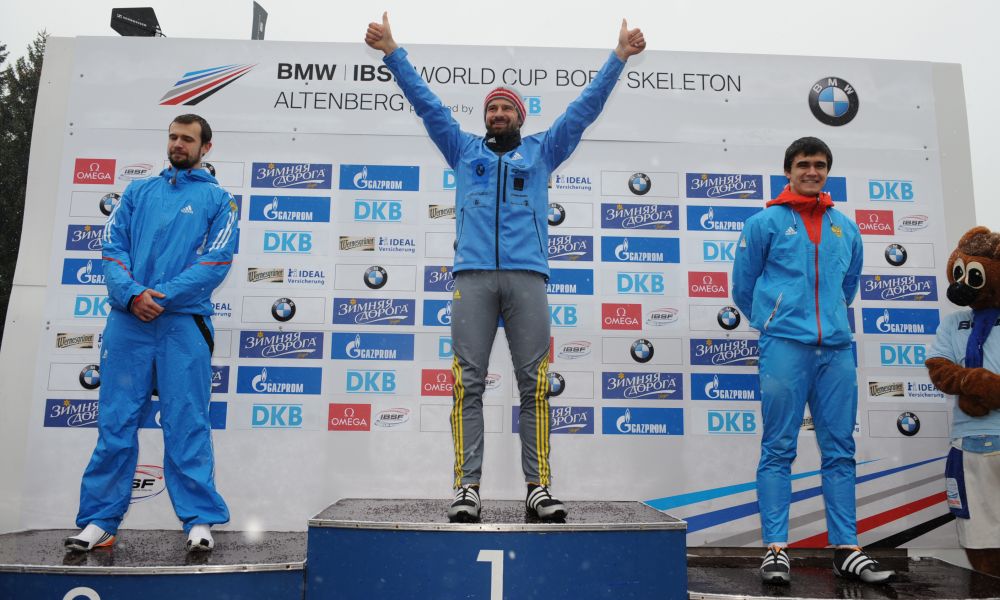 Altenberg (RWH): World Champion and defending World Cup holder Martins Dukurs of Latvia has started the BMW IBSF World Cup 2015/2016 with a victory. During the opening men’s skeleton race in Altenberg (GER), the 2014 Olympic silver medallist pushed Alexander Tretyakov of Russia back into a close second (0.03 seconds behind). Tretyakov, 2014 Olympic Champion and 2013 World Champion, took the lead after the first run, achieving both a track record (56.24 seconds) and a starting record (4.86 seconds). Third place in Altenberg went to Nikita Tregybov (RUS, 0.34 seconds behind), who came fifth in the World Championships.

Pavel Kulikov from Russia achieved his best World Cup result so far in sixth place, while Michael Zachrau of Germany came in eighth at the start of his second World Cup.

In the overall standings for the BMW IBSF World Cup 2015/2016, six-time overall winner Martins Dukurs goes into the second round as the leader on 225 points. Alexander Tretyakov (RUS, 210) is in second place ahead of Nikita Tregybov (RUS, 200).

Complete results lists showing all race times, overall times and the latest World Cup standings can be found at www.ibfs.org, via Twitter (@IBSFsliding), on the official IBSF page, and on the IBSF Facebook group.

Martins Dukurs (LAT, 2014 Olympic silver medallist, World Champion 2011, 2012, 2015)
“That was a tough race, really close. I tested out a lot of things during training this week and finally found my line during the second run.”

Alexander Tretyakov (RUS, 2014 Olympic Champion, World Champion 2013)
“I am happy with second place. It was a good result for the entire Russian team!”

Nikita Tregybov (RUS, sixth in the 2014 Olympics, fifth in the 2015 World Championship)
“Third place is good but snow is not. I like snow but not during a race!”