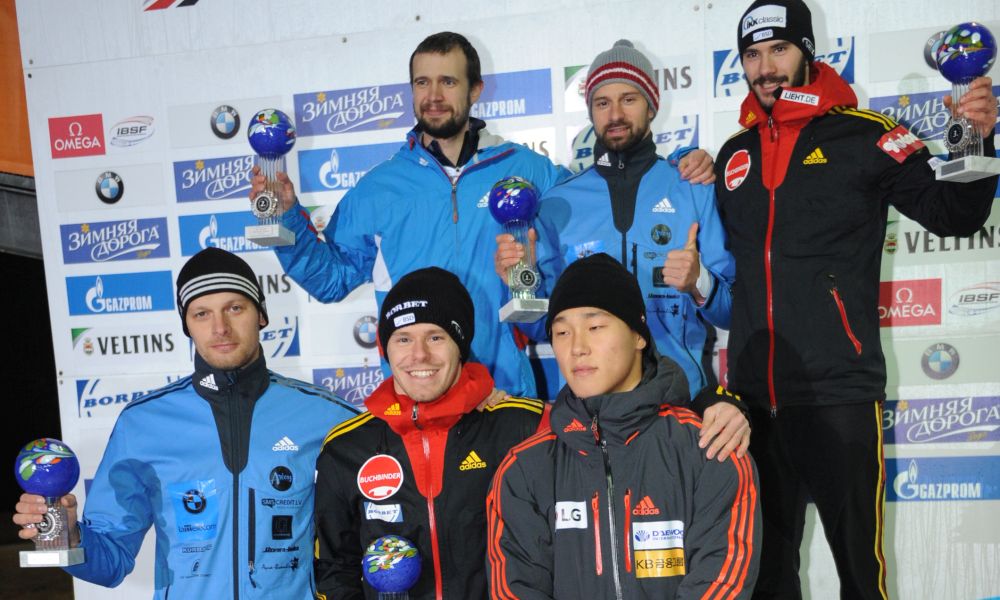 Winterberg (RWH) World Champion and defending World Cup titleholder Martins Dukurs of Latvia has won the second race in the BMW IBSF World Cup 2015/2016. The 2014 Olympic silver medallist was 0.56 seconds faster than Axel Jungk of Germany and Olympic Champion Alexander Tretyakov of Russia, who tied for second on the Winterberg track. This was the first podium appearance of the racing series for Jungk, who came overall third in the World Cup last winter.

Martins Dukurs continues to lead the overall rankings in the BMW IBSF World Cup 2015/2016 with 450 points. Alexander Tretyakov is second with 420 points and Axel Jungk overall third with 402 points.

Complete results lists showing all race times, overall times and the latest World Cup standings can be found at ibsf.org, via Twitter (@IBSFsliding), on the official IBSF page, and on the IBSF Facebook group.

Martins Dukurs (LAT, 2014 Olympic silver medallist, 2011, 2012 and 2015 World Champion)
“Strong competitors make for strong motivation. I tested a new sled in Winterberg. I’m happy with the material, but not quite so happy with my performance.”

Alexander Tretyakov (RUS, 2014 Olympic Champion, 2013 World Champion)
“Being on the podium is always good. And the strong competition also motivates me.”