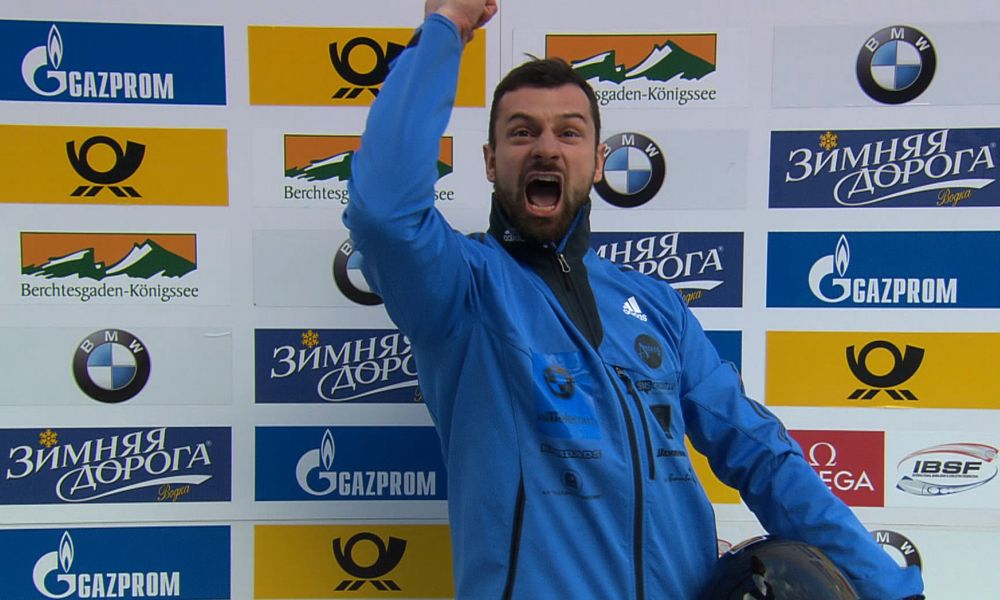 Königssee (RWH) Martins Dukurs of Latvia, defending World Cup titleholder and overall winner of the last six seasons, has taken the fortieth World Cup victory of his career at the BMW IBSF World Cup in Königssee (GER).
The Latvian skeleton slider, who won the 2011, 2012 and 2015 World Championships, battled with second-placed Alexander Tretyakov of Russia (0.43 seconds behind) for the track record on the world’s oldest artificial ice track, the fastest time ultimately going to Dukurs in the second run at 50.03 seconds, an improvement of over six tenths of a second on the previous record. Sungbin Yun of Korea came in third 0.88 seconds behind to celebrate his first podium finish of this winter’s World Cup series.
Another best result to date in the BMW IBSF World Cup was notched up by Mattia Gaspari of Italy, who came tenth in Königssee. Dave Greszczyszyn of Canada raced down the track on a sled decorated with a likeness of his grandfather, who celebrates his 100th birthday today, and came in ninth, one of the best results of his career.
Martins Dukurs continues to head the overall standings in the BMW IBSF World Cup 2015/2016 with 675 points. Olympic Champion Alexander Tretyakov is second with 630 points. Axel Jungk of Germany, who came sixth in Königssee, is overall third with 578 points.
Complete results lists showing all race times, overall times and the latest World Cup standings can be found at ibfs.org, via Twitter (@IBSFsliding), on the official IBSF page, and on the IBSF Facebook group. ©RWH2015-2016

Altenberg, Innsbruck and Winterberg step in for Königssee
27 May 2021