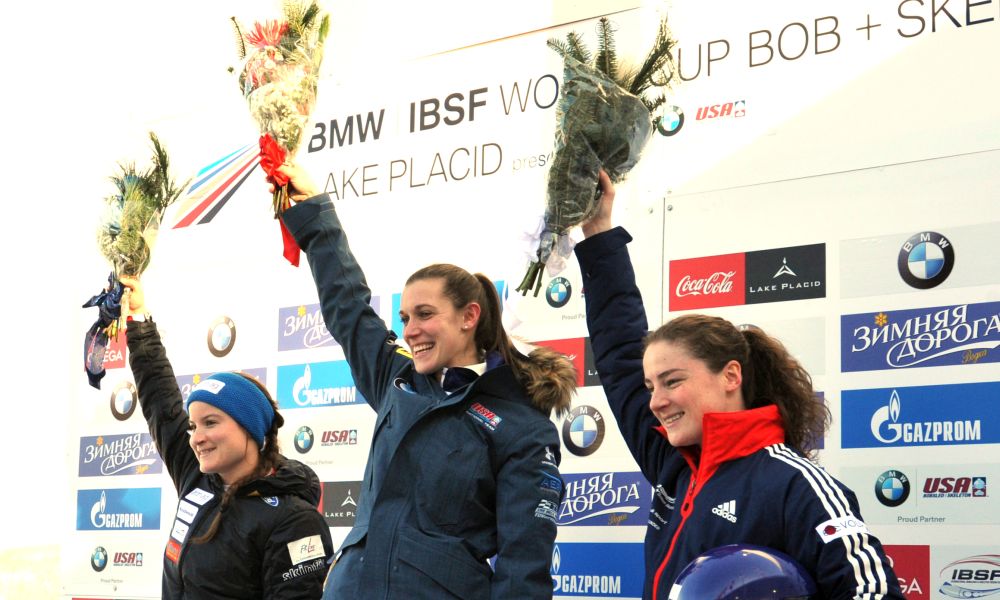 Lake Placid (RWH): Skeleton pilot Anne O’Shea from the USA celebrated her first victory at the BMW IBSF World Cup in Lake Placid. In front of a home crowd, the 2009 North American Cup winner pushed Switzerland’s Marina Gilardoni (0.09 seconds behind) into second place, which is the best World Cup result to date for the pilot who came in fourth at the 2015 European Championships. Gilardoni, who shared the top spot with Laura Deas (GBR) following the first run at Lake Placid, went on to break a new starting record (5.19 seconds) on her second attempt. Britain’s Deas, who won the season opener in Altenberg, finished in third place (0.25 seconds).
Lake Placid saw Jaclyn Narracott of Australia celebrating the best result of her career so far. The 25-year-old, whose best World Cup result prior to Lake Placid had been 17th place in Calgary, was in fourth place following the first round and the best run of her career. She went on to finish seventh overall.

Following the fourth of eight races in the BMW IBSF World Cup 2015/2016, Tina Hermann (GER, 852 points) continues to hold first place. The second run at Lake Placid saw the German move from ninth place to fourth. The Junior Olympic Champion and runner-up at the World Championships, Jacqueline Lölling (GER, 780), places second in the overall rankings after coming in eighth at Lake Placid. Laura Deas (GBR, 761) starts the second half of the season in third place.

Complete results lists showing all race times, overall times and the latest World Cup standings can be found at www.ibfs.org, via Twitter (@IBSFsliding), on the official IBSF page, and on the IBSF Facebook group. ©RWH2015-2016