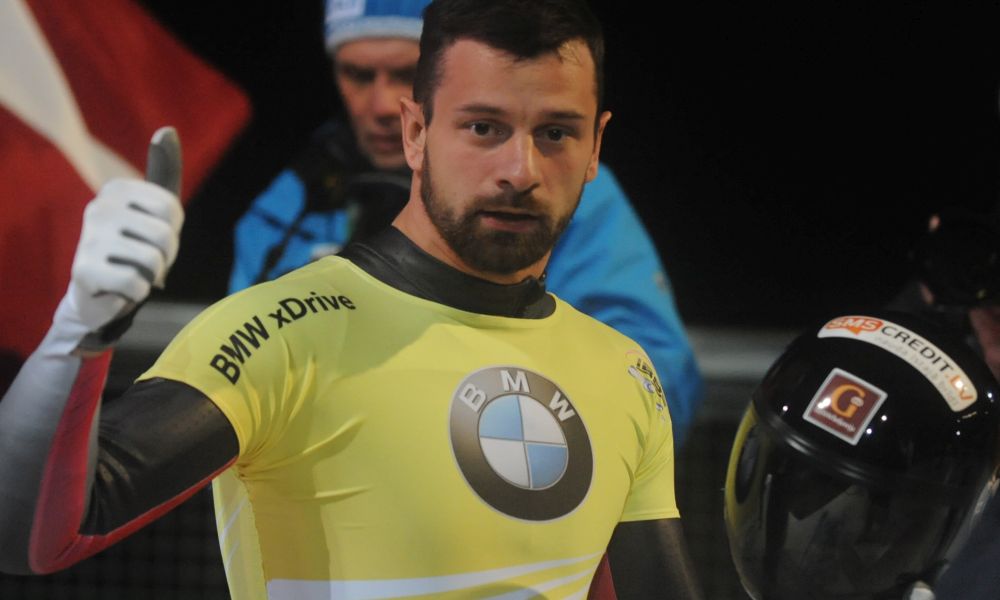 Sungbin Yun second ahead of Axel Jungk in Park City

Park City (RWH) There’s no beating skeleton slider Martins Dukurs of Latvia in the BMW IBSF World Cup 2015/2016. In the fifth round of the racing series in Park City (USA), the winner of the 2011, 2012 and 2015 World Championships celebrated his fifth victory of the season. Dukurs, who has also come top in the overall standings in the last seven winters, came in 0.38 seconds ahead of Sungbin Yun of Korea, whose second place took him onto the podium for the third time in succession. Axel Jungk of Germany came third 0.70 seconds back for a second podium appearance this winter after rank two in Winterberg (GER).
Olympic bronze medallist Matt Antoine of the USA was fourth on home ice, his best result this winter, while teammate Nathan Crumpton came fifth in his fourth ever World Cup race, by far the best ever result for the 30-year-old, who was 23rd in the overall standings before Park City.
Martins Dukurs continues to head the overall rankings in the BMW IBSF World Cup 2015/2016 with the best possible score of 1125 points. Axel Jungk is still overall second with 970 points, and Sungbin Yun is third with 940.
Complete results lists showing all race times, overall times and the latest World Cup standings can be found at ibfs.org, via Twitter (@IBSFsliding), on the official IBSF page, and on the IBSF Facebook group. ©RWH2015-2016