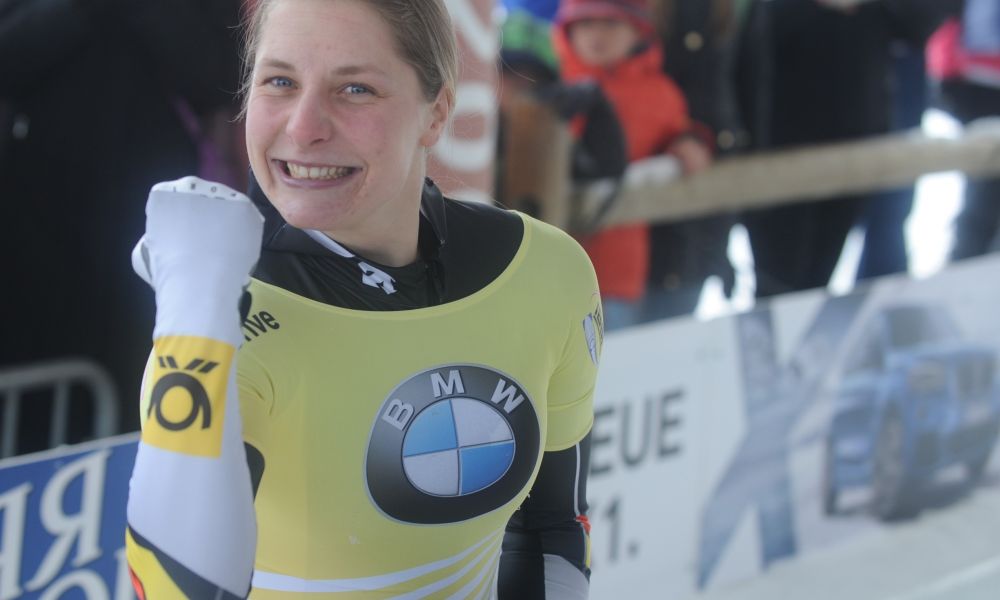 Whistler (RWH) Skeleton pilot Tina Hermann of Germany took victory at the BMW IBSF World Cup in Whistler (CAN), increasing her lead in the overall World Cup rankings with a total of four wins out of six. The fifth-place finisher at the 2015 World Championships managed to hold off Anne O’Shea of the USA (0.19 seconds behind), who took first place by a narrow margin following the first round on the 2010 Olympic track. World Championship runner-up, Jacqueline Lölling (GER, 0.58 seconds behind) finished in third in Whistler.
Local hero Jane Channell of Canada set a new track record on her second run. No other skeleton pilot has achieved her 4.84-second starting record at the Whistler Sliding Center.
Olga Potylitsina of Russia achieved her best result of the season in seventh place.
Following the sixth of eight races in the BMW IBSF World Cup 2015/2016, Tina Hermann (GER, 1302 points) continues to hold first place. The Junior Olympic Champion and runner-up at the World Championships, Jacqueline Lölling (GER, 1148), stays in second place. Jane Channell (CAN, 1122) is in third.
Complete results lists showing all race times, overall times and the latest World Cup standings can be found at www.ibfs.org, via Twitter (@IBSFsliding), on the official IBSF page, and on the IBSF Facebook group. ©RWH2015-2016