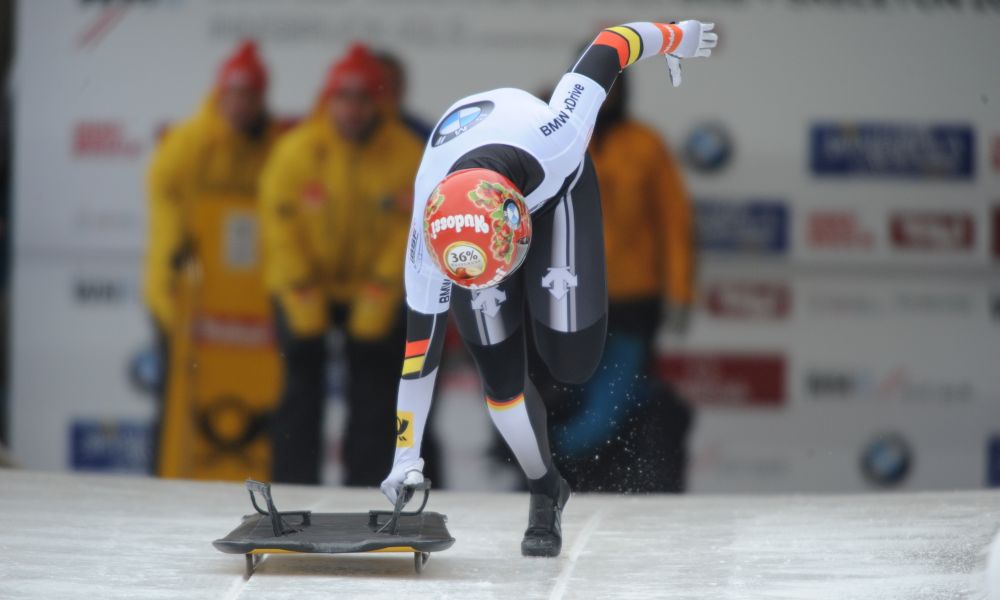 Innsbruck (RWH) Half-time in the women’s skeleton: After two of the four runs in the BMW IBSF World Championships in Innsbruck (AUT), Tina Hermann of Germany, who is also currently at the top of the World Cup standings, is in the lead 0.16 seconds ahead of host Austria’s Janine Flock. Sophia Griebel of Germany shot up from twelfth place in the first run to third place in the second (0.53 seconds behind) with the fastest time of the run, making up almost half a second.
Hot on the heels of the leading trio are Anne O’Shea from the USA (0.54 seconds behind), Russia’s Elena Nikitina (0.55 seconds behind) and Marina Gilardoni of Switzerland (0.60 seconds behind). Young talent Kimberly Bos of the Netherlands is currently in a surprising seventh place ahead of Jacqueline Lölling (GER) and Elisabeth Vathje (CAN), who are tied in eighth.
With Junior World Champion Lelde Priedulena of Latvia currently in tenth, athletes from eight nations are in the top ten before the final runs on Saturday, 20 February at 9.45 am and 11.15 am).

Complete results lists showing all race times and overall times in the BMW IBSF World Championships 2016 in Innsbruck can be found at ibsf.org, via Twitter (@IBSFsliding), on the official IBSF website, and on the IBSF Facebook group.©RWH2015-2016

Tina Hermann (GER, fifth in 2015 World Championships, current leader in BMW IBSF World Cup)
“I was really nervous before the first run, and you could see it in my driving. I’m not completely happy with my runs. Tomorrow I’m going for the attack again.”

Janine Flock (AUT, 2015 and 2016 European Champion, overall winner of 2015 World Cup)
“I’m pretty satisfied. 16 hundredths of a second behind mean I can still do something. I’ll be giving my all again tomorrow.”

Sophia Griebel (GER, silver in 2014 Olympics, eighth in 2015 World Championships)
“Sensational. I wanted to make up two or three places after the first run, but to go from twelve to three; I’ve never done that in a race before.”