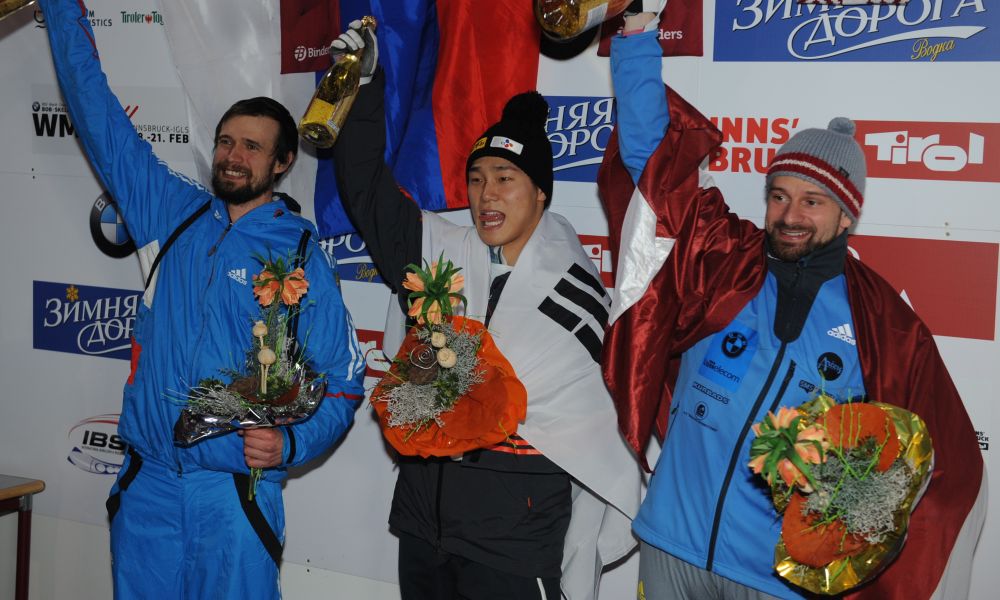 Martins Dukurs (LAT, 2014 Olympic silver medallist, World Champion 2011, 2012, 2015, 2016)
“This is also a special day for me. After his third World Championship win, Gregor Stähli said that was it. That’s not the case for me. But this win doesn’t belong to me, it belongs to the entire team. Thank you to everyone!”

Alexander Tretyakov (RUS, 2014 Olympic Champion, World Champion 2013)
„Silver is great but I could have been better and, tob e true, I wanted more. Unfortunately I had not so much racing practice in this season.“

Sungbin Yun (KOR, currently second overall in the BMW IBSF World Cup, eighth at the 2015 World Championships)
“I don’t know what to say. This is a great day for me and my country. I’m very happy.”