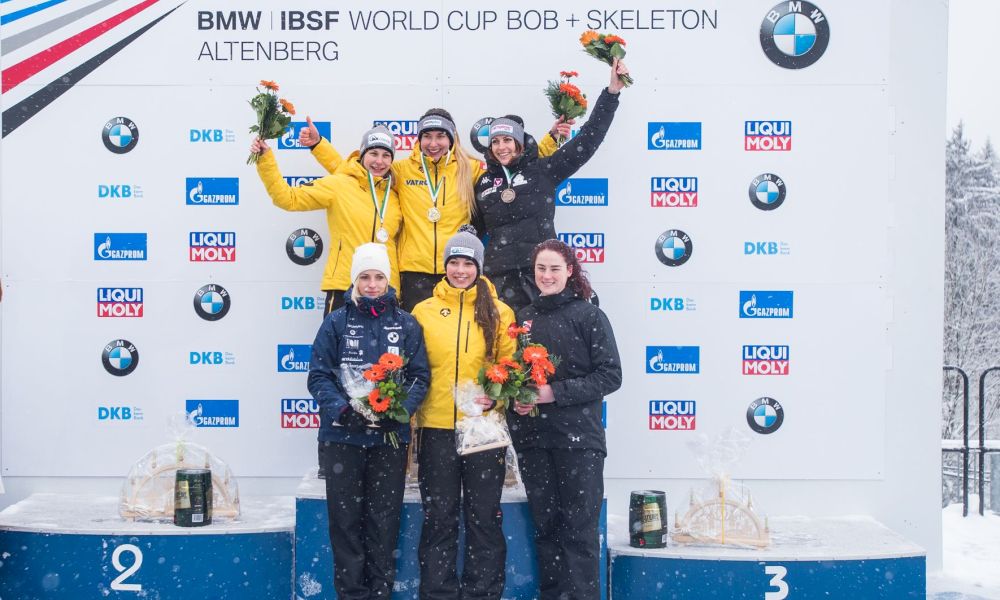 Altenberg (RWH): First World Cup victory for Jacqueline Lölling: The German skeleton athlete took the top spot in front of a home crowd in Altenberg (GER) at the third race of the 2016/2017 BMW IBSF World Cup season. Prior to her win, the 2015 World Championship silver medallist and overall runner-up in the 2016 World Cup had achieved six podium finishes out of ten World Cup starts.

Jacqueline Lölling, who made skeleton history in Innsbruck (AUT) in 2012 when she became the first Youth Olympic Champion, was followed by Tina Hermann (GER, 0.44 seconds behind) in second place. European Champion Janine Flock of Austria (0.54 seconds behind) finished in third.

Lelde Priedulena, who became the first Latvian skeleton athlete to win the Junior World Championships in 2016, moved from ninth place to fifth place after her second run.

The 2012 World Champion, Katie Uhlaender of the USA, celebrated her World Cup comeback after a three-year break, finishing in twelfth place.

With 619 points, Jacqueline Lölling now leads the overall standings ahead of the BMW IBSF World Cup in Winterberg (GER, 13-15 January), which will also double as the 2017 IBSF European Championships. In the run-up to the fourth round of the World Cup, Janine Flock, the 2016 European Champion, is in second place overall (561 points) ahead of defending World Cup winner Tina Hermann (GER) and Olympic Champion Lizzy Yarnold (GBR), who are joint third. ©RWH2017