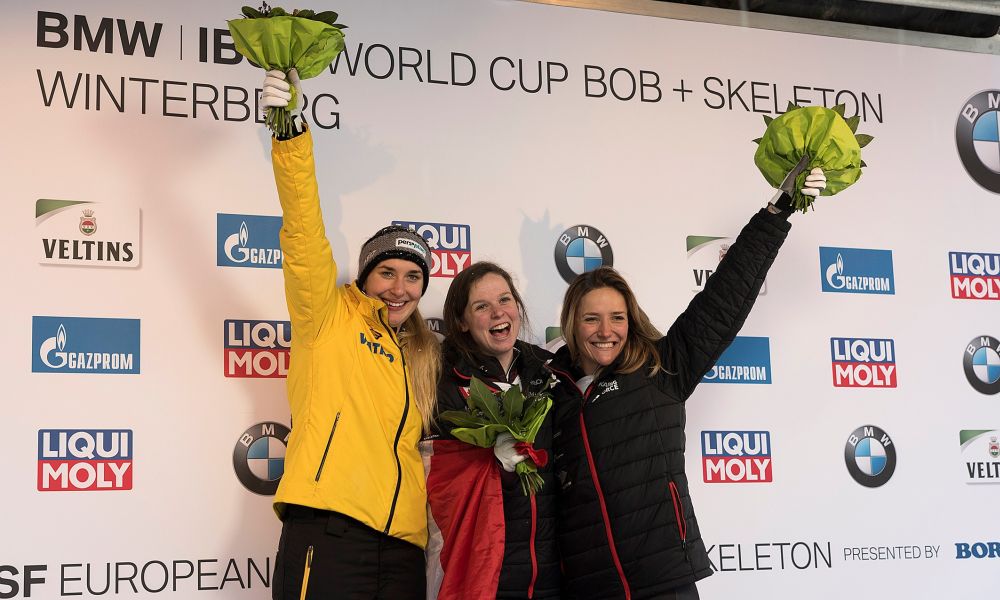 Winterberg (RWH): World Cup win for Elisabeth Vathje of Canada and European Championship gold for Jacqueline Lölling of Germany: Elisabeth Vathje celebrated her second win of the season at the BMW IBSF World Cup in Winterberg (GER). In the race, which was reduced to a single run following heavy snowfall, the 2015 World Championship bronze medallist managed to gain a 0.10 second lead on Jacqueline Lölling (GER), who achieved her first European Championship title after finishing second in the World Cup. Third place at the World Cup in Winterberg went to Mirela Rahneva of Canada (0.12 seconds behind).

Kimberly Bos of the Netherlands finished seventh in the BMW IBSF World Cup and fifth in the European Championships in Winterberg to secure her best results in both events.

Jacqueline Lölling (GER, runner-up in the 2015 World Championships, overall runner-up in the 2016 World Cup)
“Amazing! The atmosphere at the start line was incredible, it really pushed me to do my best. Because there was just one run today, it was really all or nothing. I tried to stay relaxed and just enjoy the race here at home.”

Elisabeth Vathje (CAN, third place in the 2015 World Championships)
“I love coming to Winterberg. I had an inkling that I could win here today, even though Jacqueline is incredible on this track. It wasn’t an easy race today, but skeleton is a winter sport after all.”