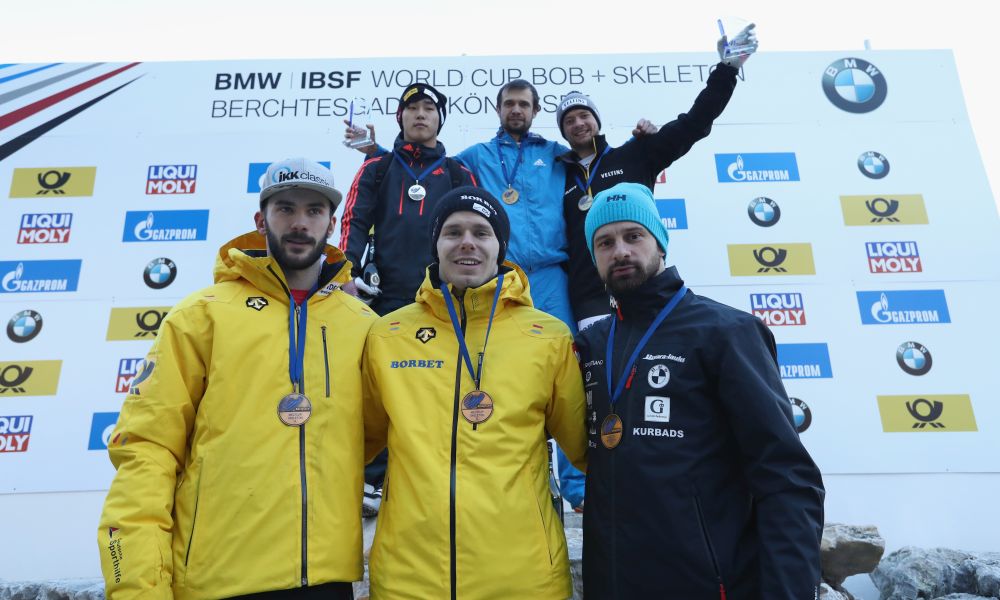 Königssee (RWH): Skeleton athlete Alexander Tretiakov (RUS) has secured victory at the BMW IBSF World Cup in Königssee. At the sixth of the eight races in the 2016/2017 winter season, the Russian athlete set the best time in the second run to push previous leader Sungbin Yun of Korea (0.05 seconds behind) back into a close second place. Alexander Gassner of Germany (0.19 seconds back) finished in third to celebrate his first ever top three finish in the World Cup.

Dominic Parsons of the United Kingdom came seventh in Königssee, his best result to date in the 2016/2017 BMW IBSF World Cup season.

The race in Königssee also saw Rhys Thornbury of New Zealand celebrate his best ever result in a BMW IBSF World Cup. After finishing eleventh in both Altenberg and Winterberg, the 27-year-old finished eighth in Königssee to make it into the top ten for the first time.

Sungbin Yun of Korea (1213 points) climbed the points table to lead the overall standings in the 2016/2017 BMW IBSF World Cup. Ahead of the seventh and penultimate race of the season, the defending title-holder and World Champion Martins Dukurs of Latvia (1212) trails the leader by just a single point after finishing sixth in Königssee. Axel Jungk of Germany (1088), who finished fourth in Königssee and only just missed out on a place on the podium, is in third place overall. ©RWH2016-2017

Alexander Tretiakov (RUS, 2014 Olympic Champion, 2013 World Champion)
“I always try to win. However, the other athletes do, too. The World Championships will be a completely different race here, which is why I will keep on training and preparing.”

Sungbin Yun (KOR, bronze medallist at the 2016 World Championships, runner-up in the overall 2016 World Cup)
“I made a few mistakes in both runs. In the first run, it was when I left the Kreisel curve, while it was more curve four in the second run. I didn’t see this as a trial for the World Championships as I won't be competing this year. I will be in PyeongChang training instead.”

Alexander Gassner (GER, 2010 Junior World Champion)
“We worked really hard, both in terms of our athleticism and on the material itself. We’re already pretty good on this track, we just need to work on the starts a little bit. I am delighted to have got my first place on the podium at the World Cup – hopefully, this means we will be in with a good chance at the World Championships.”