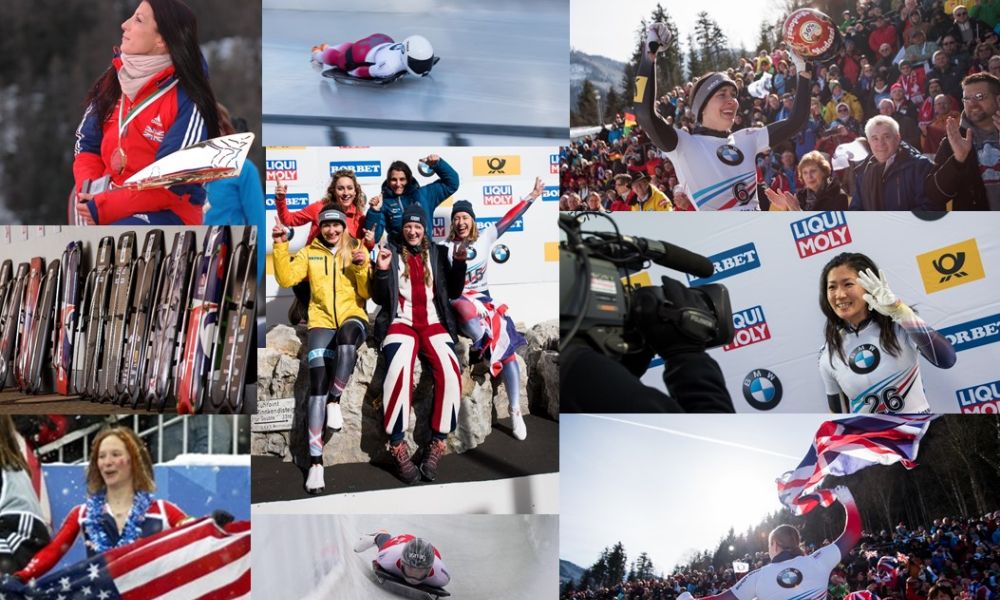 For today’s International Women’s Day we proudly present: some of our pioneers and role models in women’s skeleton

Tristan Gale started competing in international skeleton races in 2001 and became the first ever Olympic Champion in women’s skeleton at the Olympic debut of the sport in 2002.

Maya Pedersen, neé Bieri, was 2006 Olympic Champion, 2001 and 2005 World Champion, 2006 European Champion and won the 1997/1998 Overall World Cup for Switzerland, making her still the most successful female skeleton athlete. Married and living in Norway, the now 44 years old made her successful comeback in the 2016/2017 season.

Jacqueline Lölling, aged 22 and still a junior according to IBSF rules, was the first ever Youth Olympic Champion in her sport (2012), won two Junior World Championships (2014 and 2015), is the current European and World Champion and on her way to her first Overall World Cup victory.

Briton Shelley Rudman won 2006 Olympic silver, 2013 World Championships gold, 2009+2011 European Championships gold and the 2012 Overall World Cup title. In 2015 she was announced as ambassador for the 2016 Youth Olympic Winter Games (YOG) in Lillehammer in Norway, sharing her experience with young athletes from around the World.

After her athlete career, Amy Williams worked for several TV productions. As commentator for the BBC at bobsleigh and skeleton events, most recently at the 2017 BMW IBSF World Championships at Königssee, she shares her love for icetrack sports and her knowledge with sports fans worldwide.