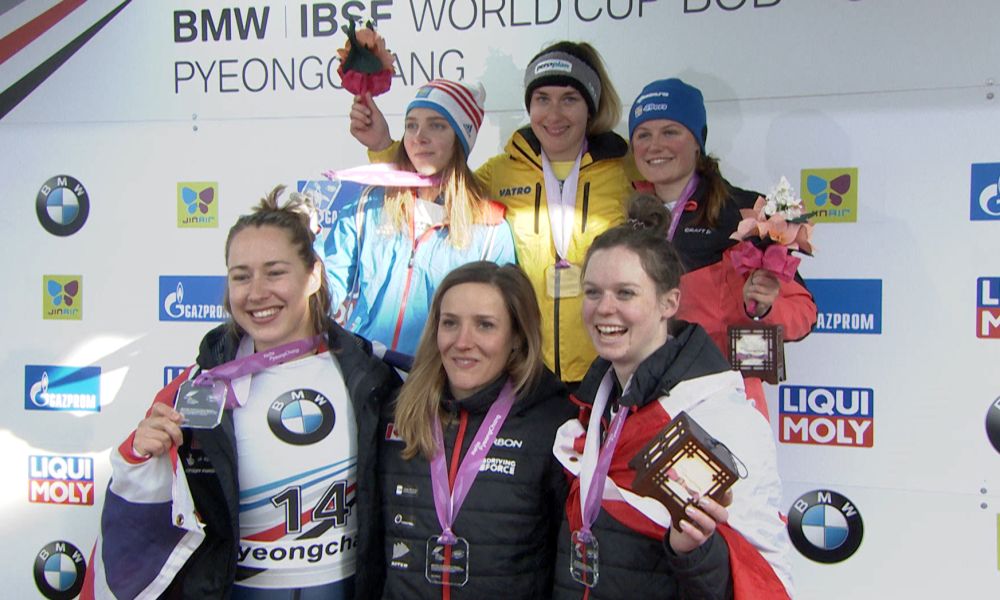 Elena Nikitina second in PyeongChang, Kimberly Bos with first ever podium for the Netherlands

PyeongChang (RWH): World and European Champion Jacqueline Lölling (GER) has brought her pre-Olympic season in the women’s skeleton to the perfect end with her third win of the season and victory in the overall World Cup.

At the finale to the 2016/2017 BMW IBSF World Cup in PyeongChang (KOR), which also gave IBSF athletes a chance to rehearse for the Olympics, Jacqueline Lölling won with a 0.30-second lead over the field, also securing the first Olympic track record with the fastest run (52.75 seconds).

Elena Nikitina of Russia, bronze medallist at the 2014 Olympics in Sochi, secured the start record (4.92 seconds) and celebrated her best result since the Calgary World Cup race in November 2013 when she also finished second. The surprise of the World Cup finale in PyeongChang came from Kimberly Bos (NED): Finishing in third (0.35 seconds back), she pushed Olympic Champion Lizzy Yarnold (GBR, fourth place) out of the medal zone to celebrate the Netherlands’ first ever World Cup podium finish in skeleton.

Victory in the overall standings in the BMW IBSF World Cup in the winter of 2016/2017 is therefore awarded to Jacqueline Lölling (GER, 1591 points) for the first time. Last season’s winner Tina Hermann (GER, 1493) is second ahead of Mirela Rahneva (CAN, 1475). The Canadian, fifth in PyeongChang, secured four podium finishes in her first ever World Cup season, including her first victory in St. Moritz (SUI). In the finale, she managed to push Janine Flock of Austria into fourth place overall.

Altenberg, Innsbruck and Winterberg step in for Königssee
12 Apr 2021