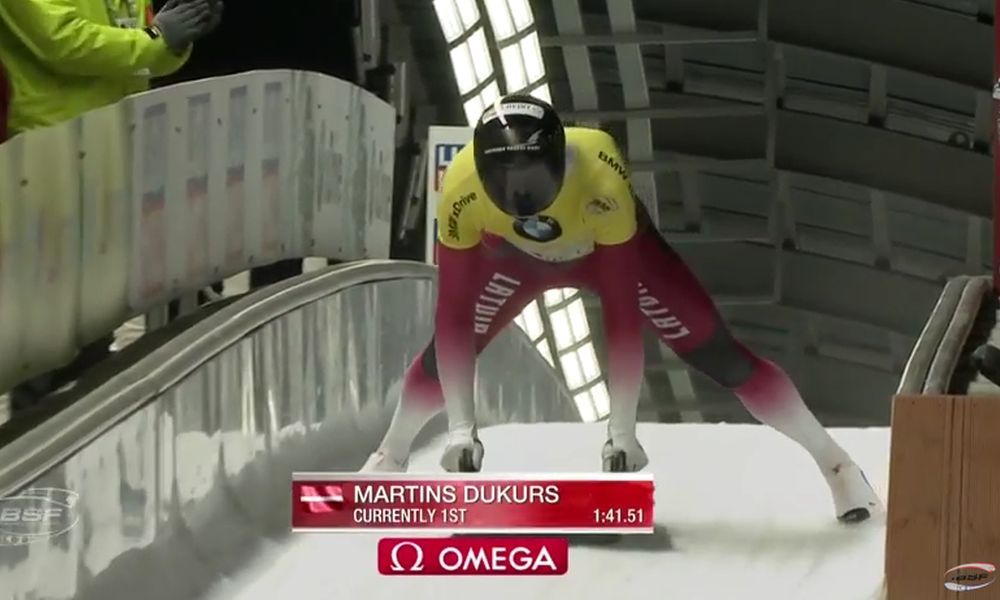 At one point in the season, just a single point in the overall standings separated the old and new overall winner Martins Dukurs from Sungbin Yun of Korea. In the eighth and final race in the 2016/2017 BMW IBSF World Cup in PyeongChang (KOR), just one hundredth of a second separated the two athletes.

With the first track record on the Olympic track (50.64 seconds) and a 0.01-second lead over Sungbin Yun, the World and European Champion Martins Dukurs secured his fourth win of the season and his eighth successive overall win since 2010 at the Alpensia Sliding Centre. Tomass Dukurs (LAT, 0.65 seconds back) finished third in PyeongChang, where athletes are set to battle it out on the ice track at the 2018 Winter Games around this time next year.

In the overall standings for the 2016/2017 BMW IBSF World Cup, Martins Dukurs (1,662 points) ultimately secured a 39-point lead over Sungbin Yun (1,623), who like last year finished second overall. Olympic Champion Alexander Tretiakov (RUS, 1,454) finished fourth in PyeongChang to pull ahead of Axel Jungk of Germany (1,448), who finished seventh in the World Cup finale.