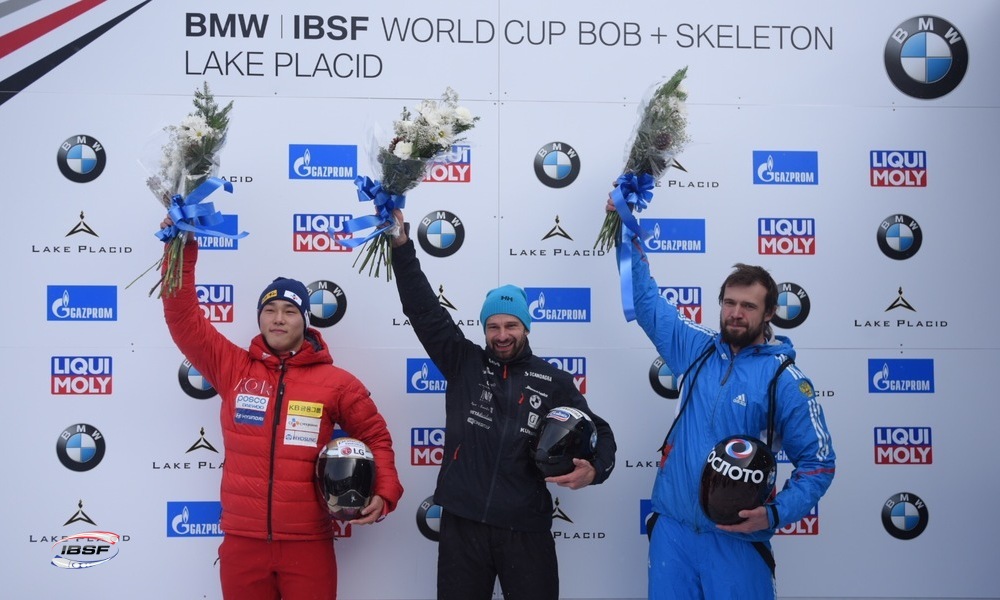 Lake Placid (RWH): The skeleton pilot Martins Dukurs of Latvia has won the opening race in the 2017/2018 BMW IBSF World Cup. In Lake Placid (USA), the World Champion and defending World Cup holder finished in first with a 0.11-second lead over Sungbin Yun of Korea, the host country of the 2018 Winter Olympic Games in PyeongChang. Yun, who has finished second in the overall World Cup standings for the last two seasons, was followed by Olympic champion Alexander Tretiakov (0.17 seconds back) of Russia in third place.
The biggest surprise of the opening World Cup race came from Wenqiang Geng of China, who was making his World Cup début. The first ever athlete to compete in the World Cup for his country – the host of the 2022 Winter Olympic Games in Beijing – ended his first race in the BMW IBSF World Cup in seventh place.
At the opening of the Olympic season, Mattias Guggenberger of Austria celebrated his best result in two years, finishing in ninth.
After the first of eight races this Olympic season, the overall standings in the 2017/2018 BMW IBSF World Cup are led by Martins Dukurs (LAT, 225), who could potentially secure his ninth overall victory in succession this winter. Sungbin Yun (KOR, 210) is in second place ahead of Alexander Tretiakov (RUS, 200). ©RWH2017