Buenos Aires (RWH) Skeleton coach Andi Schmid from Austria was awarded the IOC Coaches Lifetime Achievement Award. The IOC presented the award on October 5 in Buenos Aires as part of the Olympism in Action Forum.

Andi Schmid had his most successful time as coach with British Skeleton from 2001 to 2018. His athletes medalled at each five consecutive Olympic Winter Games since 2002 as well as at World- and European Championships. With him as coach, Great Britain became one of the leading nations in the sport.

As athlete for Austria, Andi Schmid was one of the most sucessful skeleton athletes of his time, winning the 1993 World Championships, 1987 European Championships and the 1987 and 1988 Overall World Cup.

Andi Schmid was chosen among 98 nominations from 38 countries submitted by NOCs, IFs, Olympians, members of the IOC Athletes’ and Athletes’ Entourage Commissions and IOC Members for supporting his athletes with passion and dedication.

„I am hugely honoured, and very grateful, to receive this award“, said Andi Schmid. „I see it as further recognition of the work of the whole British Skeleton programme and the success we have achieved together. The Olympics have given me and my team so many happy memories and this is another one of those. British Skeleton have had so many highlights since the sport was re-introduced to the Olympic family and I’m very proud to have shared them with such a hard-working, dedicated and exceptional group of athletes and support staff. It was always my dream to compete at the very top of the sport as an athlete but I didn’t have the opportunity to go to an Olympic Winter Games as I had retired before 2002. The sport has made so much progress since then and it is wonderful to see Skeleton thriving in the Olympic programme. Long may it continue.“

The IOC Coaches Lifetime Achievement Awards, given every year to one female and one male coach every year, is an initiative of the IOC Athletes' Entourage Commission to raise awareness about the athletes’ entourage and recognise the important role coaches play in supporting athletes on the road to their sporting dreams. 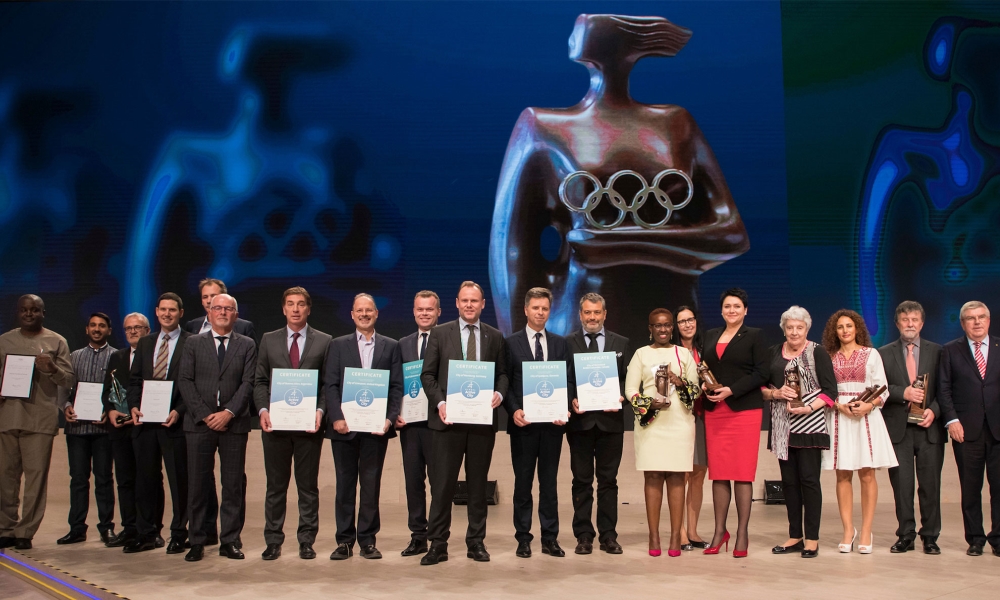