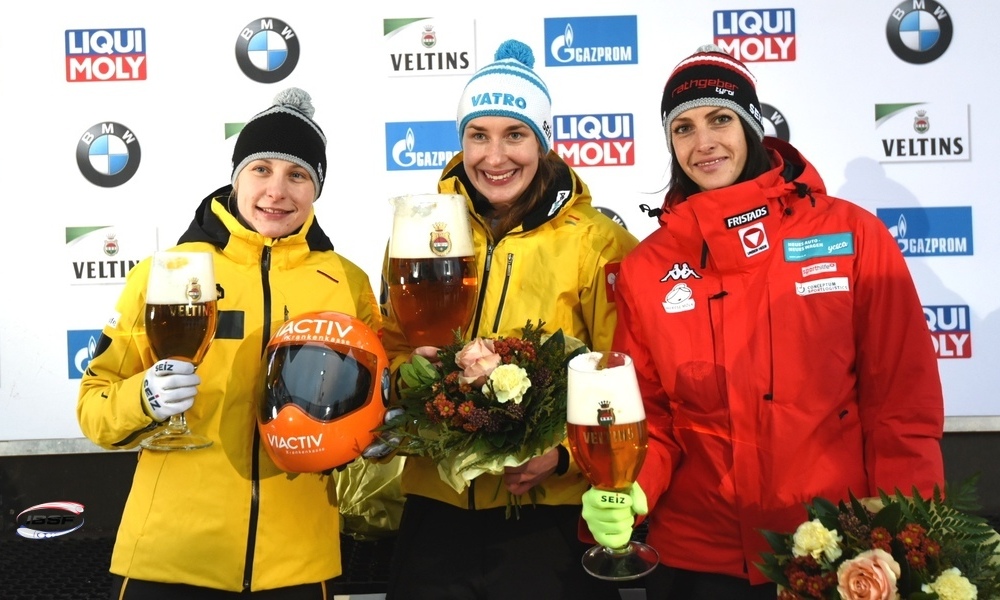 Tina Hermann in second place ahead of Janine Flock

Winterberg (RWH) Skeleton athlete Jacqueline Lölling (GER) celebrated her first win of the season at the BMW IBSF World Cup in Winterberg. In front of a home crowd, Lölling, the Olympic silver medallist in PyeongChang, twice set the fastest time and relegated teammate Tina Hermann (GER) to second place, 0.67 seconds back. Austria’s Janine Flock finished three hundredths of a second behind (0.70 seconds back) to end her first World Cup race of the season in third.

Russia’s Elena Nikitina, who won the season opener, was second after her first run in Winterberg but ultimately missed out on a podium finish by 0.01 seconds, finishing fourth.

“At the moment I’m really happy that I got two good runs. That was the best response to my mistake at the first World Cup in Sigulda. I’m really touched to see so many people here to support me at the track today.”

“I hope I can keep this up. The next stop is our home World Cup in Altenberg, where we need to fight for a podium finish again.”

“That’s racing – it’s exciting when things get close. The World Cup is always like that with strong athletes like Jacka, Tina and Elena. I’m losing a bit of time at the start, so that’s what I’m working on in athletic training.”