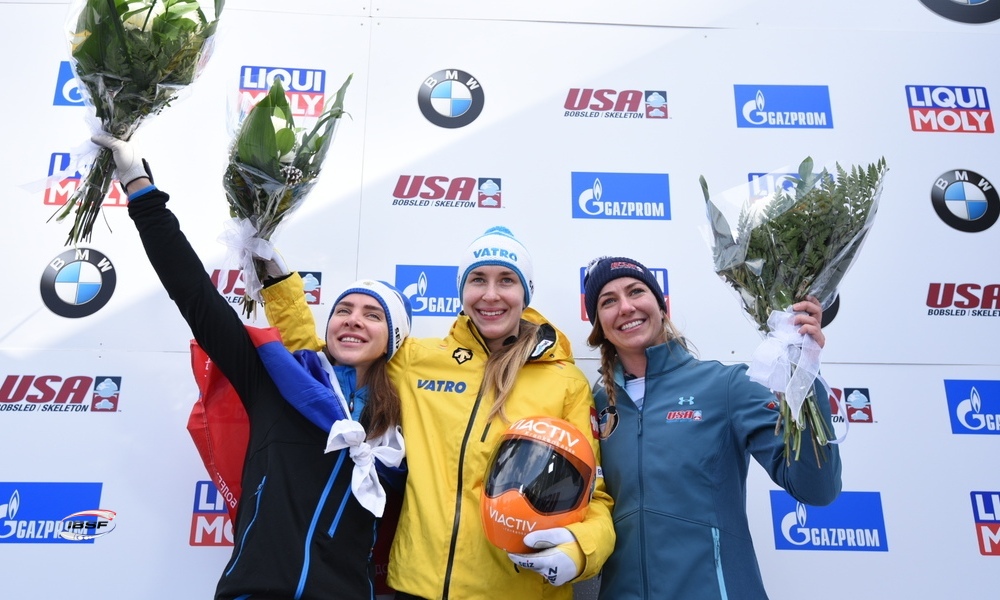 Kendall Wesenberg takes third place, giving the US team the first podium of the winter

The US team's first spot on the podium at the BMW IBSF World Cup 2018/2019 came in the form of Kendall Wesenberg, who - coming in 0.51 seconds behind her competitors - celebrated third place in front of her home crowd.